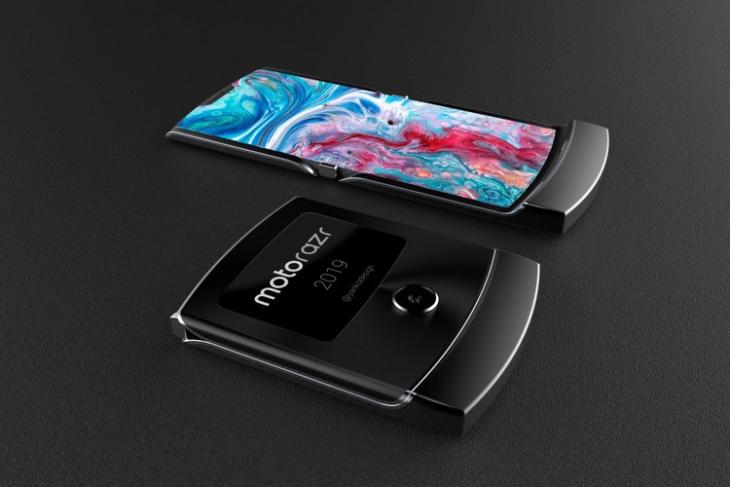 The foldable smartphone space has seen interest from Samsung, Huawei and recently Microsoft. Only one of these phone makers has commercially launched its foldable and Huawei is expected to make the Mate X available later this month. Well, a new foldable phone contender is now looking to enter the space and we cannot be more excited. It’s Motorola who has sent out media invites that hint at the launch of the much-anticipated RAZR foldable phone on November 13.

The invite, which you will find attached below, shows a smartphone with a hinge (most likely the Motorola RAZR foldable) being unwrapped and coming to life from a huge and clunky shell. The GIF has the caption “An original unlike any other” and possible launch date to go along with an animated foldable phone. The invite was first shared by CNET.

The rumors of Motorola working on a foldable phone have been making rounds of the Internet for some time now. CNET points out the invite also says “you’re going to flip,” which further confirms that its first-ever foldable phone may launch next month.

Motorola is rumored to revive its “iconic flip phone” form factor with the RAZR foldable, which would feature a clamshell similar to the RAZR V3 – with a sizeable lip. Talking of specs, the foldable is rumored to be equipped with a flexible 6.2-inch OLED display with a resolution of 876 x 2142 pixels. It will include an external display to show notifications, similar to the older RAZR and Galaxy Fold.

Basically, the RAZR foldable will be all screen once flipped open (except for a tiny notch that houses the selfie camera) and we cannot be more excited to see what Motorola has got in store for us. The leaks suggest that it won’t feature a flagship processor instead it could be powered by the mid-range Snapdragon 710 chipset, paired with up to 6GB RAM and 128GB storage. It will run Android and feature a measly 2,730mAh battery.

The Motorola RAZR is expected to launch in 3 colors – white, black and gold, with a starting price tag of around $1500 (Rs. 1 lakh) in the U.S and Europe to begin with.