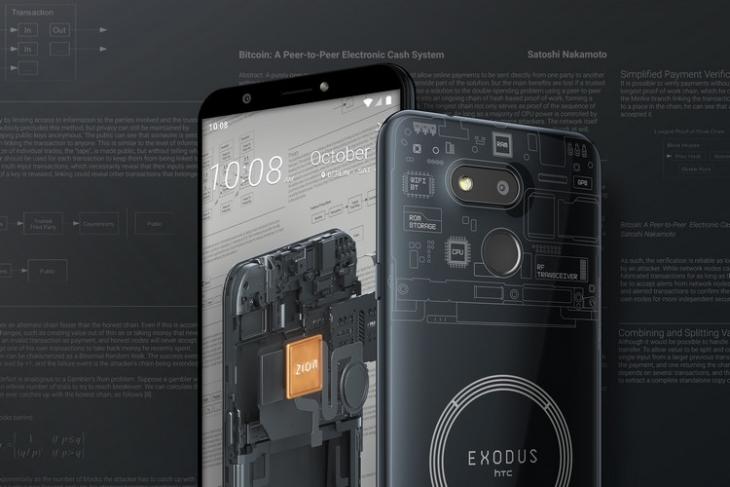 HTC last week launched the Exodus 1s smartphone as a cheaper version of its Exodus 1 ‘blockchain phone’ as it continues to focus on niche features like cryptocurrency to drive its smartphone sales. Described as a ‘Cryptophone’, the handset is claimed to be the “first ever mobile device with Bitcoin Full Node support”, as per the product page on the company’s official website.

Like its more powerful sibling, the Exodus 1s also comes with built-in cryptocurrency-related features that will let users exchange, lend and borrow digital assets. The device has a new crypto wallet, as well as the ability to run a full Bitcoin node, although, users will have to invest in a high-capacity microSD card for the purpose, given that the Bitcoin ledger is already more than 250GB in size and growing at around 60GB a year.

The specs, however, are the disappointing aspects of the phone, because, as it turns out, it’s basically a re-branded Desire 12s that was launched last year with already unimpressive hardware. For whatever it’s worth, the device comes with a 5.7-inch, 18:9 HD+ display, the Snapdragon 435 SoC, 4GB of RAM and 64GB of built-in storage, but with a microSD slot. It includes a 3.5mm audio port, but still retains the legacy microUSB port that should have been consigned to history by now.

On the imaging front, the Exodus 1s offers singular 13MP cameras at both the front and back. However, while the one at the back comes with PDAF, the front one lacks any kind of auto-focus whatsoever. Other specifications include dual-SIM slots, Wi-Fi ac, Bluetooth 4.1, a 3,000mAh battery and, most bewilderingly, Android 8.1 Oreo. Yes, forget Android 10, you don’t even get Android 9 Pie with this one.

The Exodus 1s has been launched in several European countries, alongside Taiwan, Saudi Arabia and the United Arab Emirates. It is priced at €219 (around Rs. 17,000), which can also be payed via a number of cryptocurrencies, including BTC, ETH, LTC, BNB or BCH.