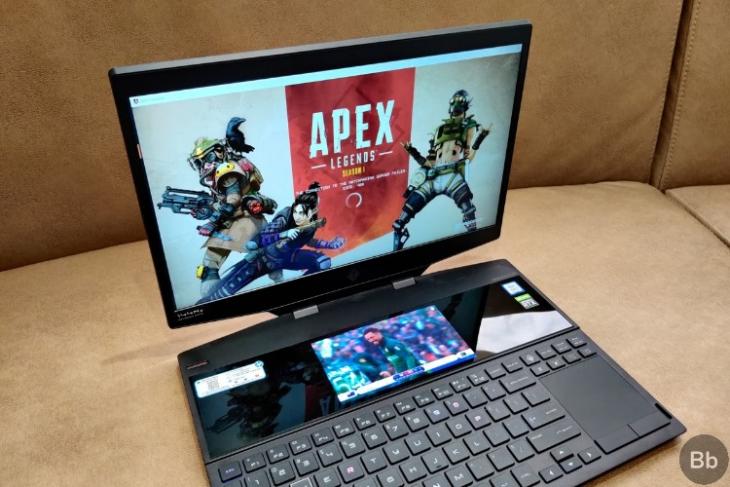 Dual-screens on laptops are expected to soon become a raging trend. Asus already took everyone by surprise by adding a massive second display to its ZenBook lineup, whereas Intel is dreaming of an innovative dual-screen laptop future. Well, HP today launched its dual-screen Omen X 2S gaming laptop, first shown off at Computex last month, in India.

As HP touts, this is the ‘world’s first dual-screen gaming laptop’ to launch in the market. Omen X 2S not only hosts a primary 15.6-inch Full-HD IPS Antiglare micro-edge screen, with a 144Hz refresh rate, but also includes a secondary 6-inch 1080p touchscreen right above the keyboard.

This screen sits right in the center (as seen below) and doesn’t extend to the edges. It could come in handy to message, chat with followers while game streaming, controlling music playback, and a lot more.

HP asserts that the dual-screen concept has been developed with inputs from the Omen gaming community. You can basically place any app on the touchscreen (which supports Windows gestures) but there’s no integration with any app here – except for HP Command Center. 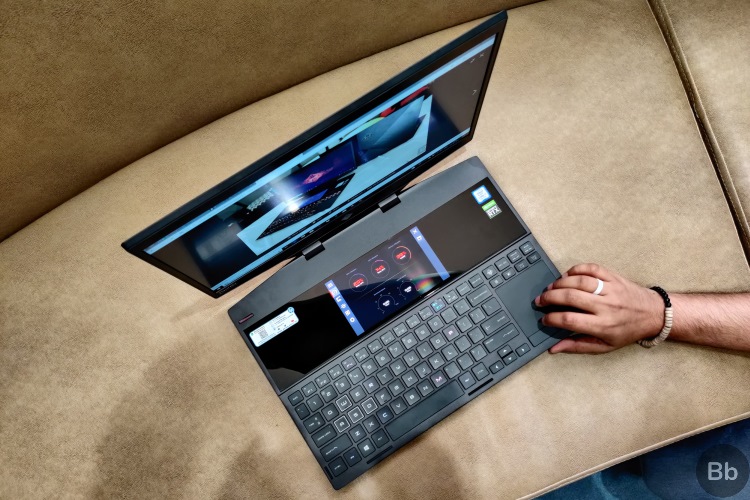 As for the specifications, HP Omen X 2S is powered by up to Intel 9th-gen Core i9 CPUs, coupled with up to 8GB Nvidia GeForce RTX 2070 GPU (MaxQ-design), up to 16GB DDR 2666Hz RAM, and 512GB of M2 PCIe SSD. There’s support for Intel Optane memory on board here as well.

The launch event also saw HP unveil two other gaming laptops, i.e the Omen 15 and the Pavilion Gaming 15. HP Omen 15 (pictured on the right below) includes a 144Hz Full-HD display, up to 9th-gen Intel Core i9 processor, paired with up to Nvidia GeForce RTX 2080 graphics, 16GB RAM and the same thermal management setup as the high-end Omen X 2S.

The HP Pavilion Gaming 15, however, is described as your gateway to gaming by HP and features a Full-HD+ 144z display, coupled with up to the latest 9th-gen Intel Core i5/i7 processor and NVIDIA GeForce GTX 1660 Ti with Max-Q design. The design of this new entry-level gaming laptop is quite similar to the Omen 15, as you can see above.

These gaming laptops were accompanied by the launch of a myriad of new accessories including the Omen Photon wireless mouse, Qi wireless charging mousepad, and their Mindframe gaming headset that cools your ears while gaming. This sounds really fricking cool (no pun intended) but we will test it out to know if it actually works.

The dual-screen Omen XS will go on sale from July 1 at a starting price of Rs 2,09,990 whereas the HP Omen 15 and the Pavilion Gaming 15 laptops will start retailing at Rs 1,24,990 and Rs 70,990 respectively. All of the products can be found on HP’s official website and other retail partner stores.

So, are you excited to try out a dual-screen gaming laptop? Let us know your thoughts down in the comments section.