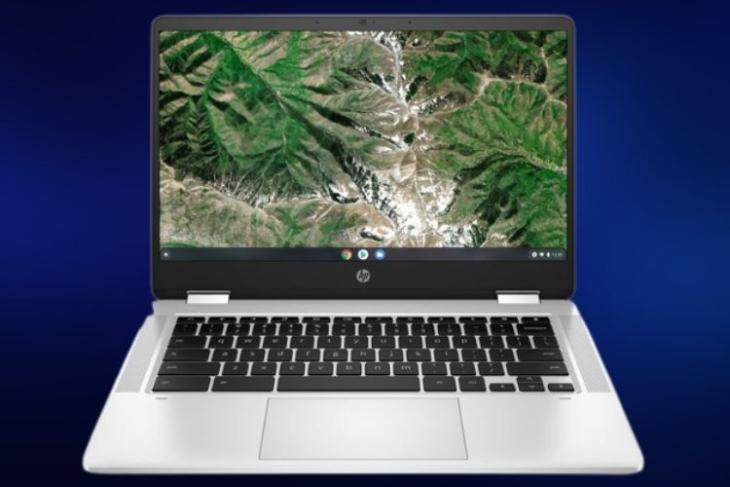 HP has announced a new 2-in-1 Chromebook, the HP Chromebook x360 14a, expanding its Chromebook lineup in India. This new device is designed for early learners, aged from 4 to 15 years, and comes with various features to support both digital and in-class learning. So take a look at this Chromebook’s key features and price details.

The new HP Chromebook x360 14a comes as another variant of last year’s AMD model with the same name, but with an Intel CPU. Under the hood, the laptop packs an Intel Celeron N4010 GML processor paired with 4GB of RAM and 64GB of eMMC storage.

It comes in a 2-in-1 form factor, offering both laptop and tablet experiences, thanks to the 360-degree hinge. It has a fanless design for reduced weight to enable users to easily carry it around in their hands or in their backpacks. The device weighs only 1.49kg.

HP Chromebook x360 14a sports a 14-inch HD touch-enabled display with minimal bezels and an 81% screen-to-body ratio. There is also an HD webcam with an 88-degree FOV to support video calls and virtual learning.

HP Chromebook x360 14a can deliver up to 14 hours of battery life on a single charge and also supports HP Fast Charge technology. Other than these, the laptop comes with support for Wi-Fi 5 technology, a full-size keyboard, the Google “Everything Key” for quick and easy access to search and keyboard shortcuts, Google One 100GB storage for a year, and support for Google Assistant.

Coming to the price of the HP Chromebook x360 14a, the laptop comes with a Rs 29,999 price tag in India, which is less than the price of the AMD variant. Availability details continue to remain under wrap as of writing the article. Although, the device is expected to become available to buy from HP’s online and offline channels soon.