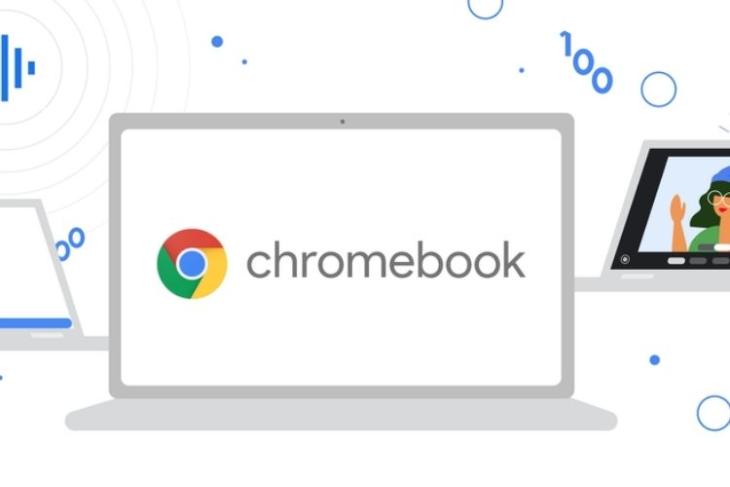 Apart from delivering the 100th update to its Chrome web browser earlier this week, Google has now also updated its lightweight Chrome OS platform to version 100. Chrome OS 100 brings various new features and improvements. Amongst others, some of the highlights of the update include a brand new app launcher UI, improved search capabilities, the ability to edit texts with voice, and more. So, take a quick look at the key features of Chrome OS 100 below.

Starting with the new launcher in Chrome OS, which is Google’s version of the Windows Start menu, it now has a more modern design with rounded corners and opens from the side. Previously, the Chrome OS launcher was centered and opened from the middle (which weirdly is now Windows 11’s new Start Menu). However, Google has now moved the launcher to the bottom left corner of the screen.

The company has also improved the search capabilities of the Launcher. So, if you search the web for something, you will now see more information right in the Launcher UI without needing to open up the browser. Moreover, you can now search for open windows or browser tabs in Chrome OS to easily find the one that you are looking for.

Google has also added the ability to create short GIFs in Chrome OS 100 that can be easily shared on social media platforms. The Camera app on the platform now has a GIF mode to let you record a 5-second video that can be converted into a GIF.

Other than these, Google has added several features aimed at students like the ability to link school accounts to Family Link for children to access their school resources from their homes.

In addition, the recently introduced Chrome OS Flex has now entered beta. It was earlier introduced as an early access program. Interested ones can try it out from over here.

Now, coming to the availability of Chrome OS 100, it is currently rolling out to users with all the aforementioned features. Although some of the rumored features like animated screensavers and a built-in screen recorder were not delivered in this update, we can expect Google to roll them out with minor updates in the coming days. So, what do you think about the new Chrome OS 100? Let us know your thoughts in the comments below.