Microsoft’s Cortana may have long lost the AI voice assistant battle to Alexa, Siri, and Google Assistant, but it still remains a part of Windows 10. So if you don’t use Cortana at all and want to uninstall it from your Windows 10 computer, you have come to the right place. Because today, we will show you how to fully uninstall Microsoft Cortana from your Windows 10 PC using a simple, one-step process.

We have already written about how you can disable Cortana on Windows 10. So in this article, we will show you how to completely uninstall Microsoft’s Cortana voice assistant from Windows 10 using PowerShell. Unfortunately, you cannot uninstall Cortana from the Windows Settings or the Control Panel. We will also show you how to reinstall it on your computer just in case you have a change in mind and want to give it another shot in the future. So without further ado, let’s get going. 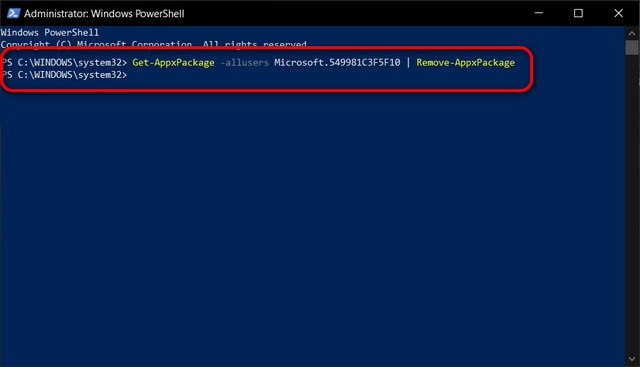 That’s it! You have successfully uninstalled Cortana from your Windows 10 PC. The app is now gone for good and will not show up in the task manager or when you search for it in the Windows Search bar. But fear not, you can get it back on your computer any time you want.

The Cortana app is available to download on the Microsoft Store, which means Windows 10 users can reinstall it on their devices whenever they want. So in the future, if Microsoft’s AI assistant becomes relevant again, which is highly doubtful, or gets new features you want to try out, just hop over to the Microsoft Store and reinstall the app. 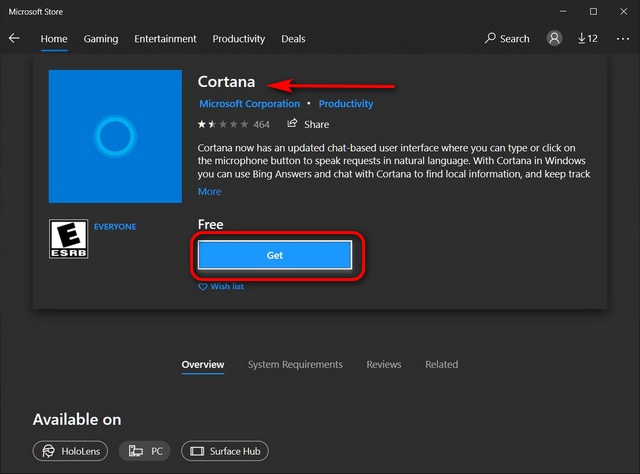 Despite persistent efforts from Microsoft, Cortana has struggled to keep pace with its leading rivals, including Google Assistant, Amazon Alexa, and Siri. Having failed to make Cortana the go-to voice assistant app in spite of the massive user-base for Windows, the Redmond giant shut down Cortana on Android and iOS earlier this year. Our tutorial now shows you how to get rid of it even from your Windows computer. So go ahead, free your PC from Cortana and let us know your reason for the uninstallation.

Meanwhile, if you want to get rid of more such annoyances, check out our detailed guides on how to disable notifications on Windows 10 and how to remove ads from Windows 10. Also, don’t forget to check out our tutorial on how to easily disable User Account Control (UAC) in Windows 10 to prevent annoying pop-ups and distractions. You can also check out our Windows 10 tips and tricks to get better control of your computer.