Ever since the Pixel 2 XL was launched, users have insistently been complaining of burn-in issues with the screen of the device. This has forced Google to adopt strict measures that’ll help reduce screen burn-in problems. The search giant has already released an update that brings new fade-in navigation buttons to the Pixel 2 XL but it is now testing a light shade of the navigation bar in some of its commonly-used apps. This is a plausible fix to prevent any further screen burn-in and you can apply this change right away, if you’re impatient. Here’s how you can set a light navigation bar to Pixel 2 XL device (or any device, for that matter).

Note: I tried this method on my non-rooted Pixel 2, even though it doesn’t suffer from burn-in issues, running Android 8.0 Oreo and it worked out just fine.

To safeguard your newly bought Pixel 2 XL from screen burn-in issues that’ve been pouring in like crazy since the device went on sale, here are the steps you need to follow:

1. Install Navbar Apps (Free) from the Play Store to be able to choose the background color of the navigation bar on your device. It does not require you to root the device. 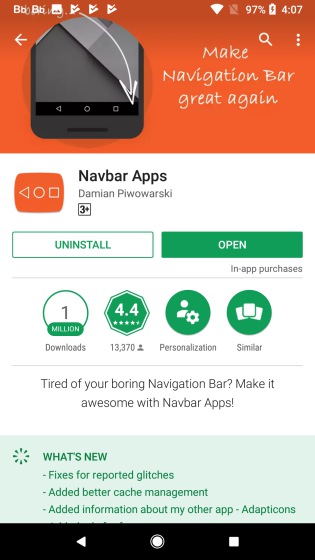 2. The third-party app provides you with a host of alternatives to modify the look and feel of the navigation bar but we’ll go for a simple light shade for the same. To select the light color navigation bar, choose the ‘select one color from the palette’ option in the app and tap on the ‘settings’ cog next to it to change the color. 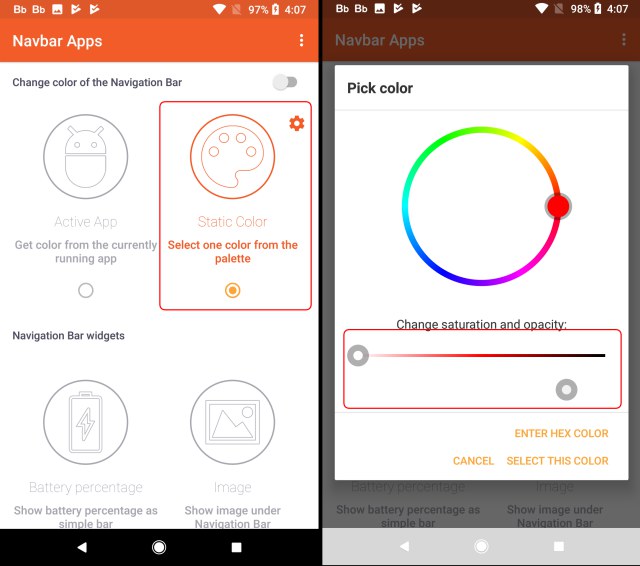 4. Here, select the white color and adjust the transparency of your navigation bar according to your preference. You can drag the first slider to the far left & drag the second slider to the position shown in the screenshot below to achieve a decent light gray color that hides the black navigation bar while still highlighting the buttons. 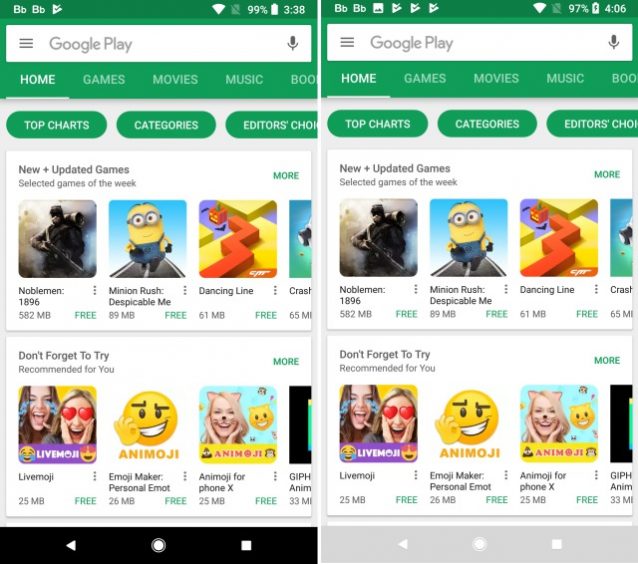 While we’ve picked a single solid color for the navigation bar across the device, you can change the color of your navigation bar from blacks by selecting the host of options that are available in Navbar Apps. It even includes a setting where the navigation bar adopts the primary color of the currently open app or use other animations to jazz it up.

If you’re familiar with the concept of screen burn-in, the same happens because an image is displayed at the same location for long enough. The black pixels on an OLED display use less energy and these pixels may become dead and not completely light up when an image for that location is changed. The decision to stray away from the pitch black navigation bar is not only focused on avoidance of screen burn-in issues but adds to the aesthetic value as well. What are your thoughts on Pixel 2 XL’s screen burn-in issues? Comment your opinion down below.