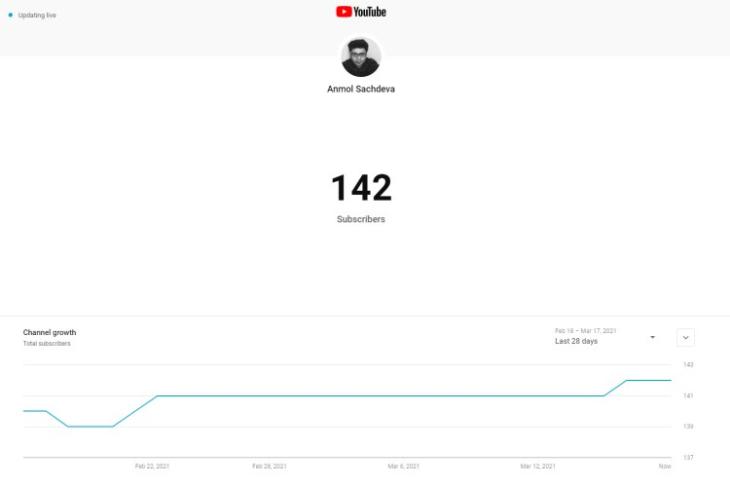 YouTube has been working to add many new features to the streaming service for the past few months. We have seen the company add pop-up messages for hate-comment postings and an AI-based smart reply feature. Now, the company has now started showing the real-time subscriber count (via 9to5Google) in YouTube Studio.

YouTube Studio never had a real-time subscriber count dashboard until today. One had to rely on third-party platforms such as Social Blade for subscribers count update by the second. But even with that, the result could slightly differ in comparison to the official count. 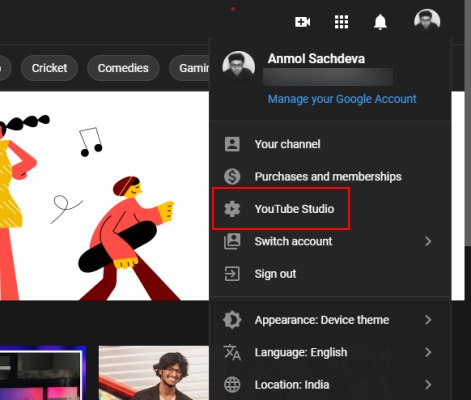 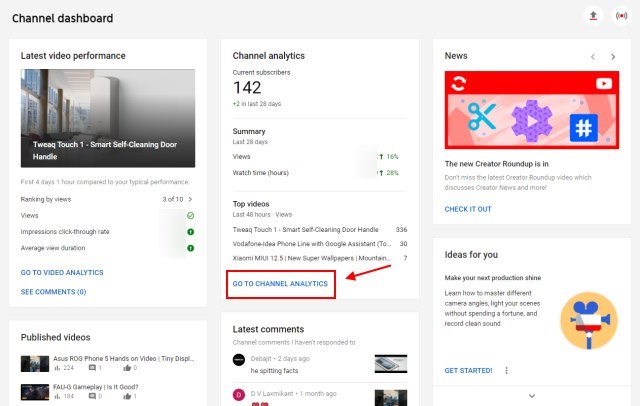 3. On the Analytics page, the ‘Realtime’ card on the right no longer just shows the live view count. It now includes a new ‘See Live Count’ button along with your total subscriber count. 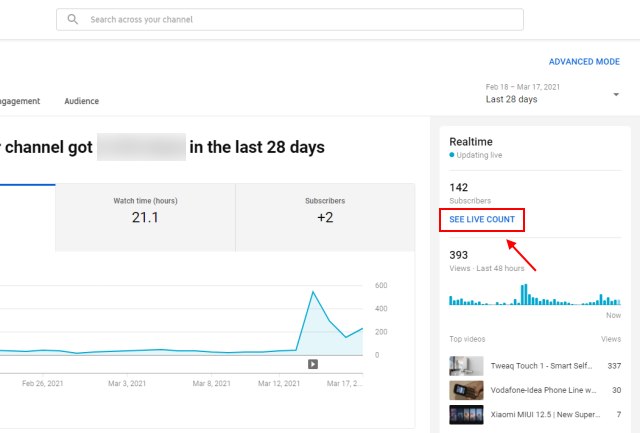 4. A full-screen pop-up window will open with your profile picture at the top, real-time subscriber count in the middle, and a graph at the bottom. 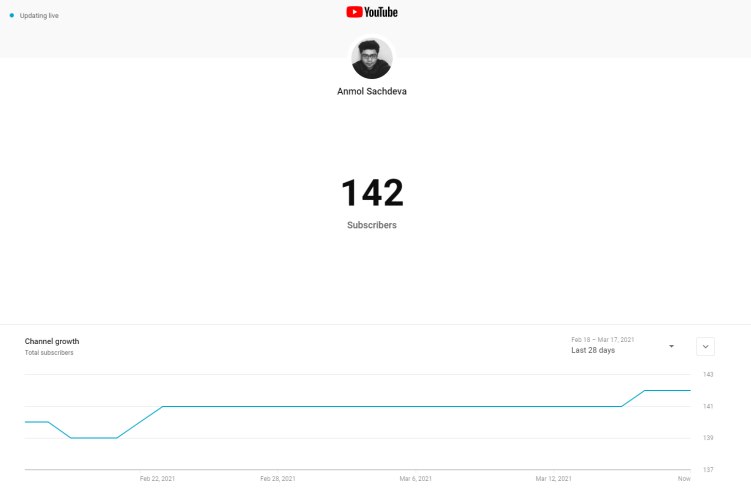 There is a familiar YouTube subscriber count chart, where you can adjust the time window ranging from the past seven days to when you first started your channel.

However, we do not know how often the count is refreshed. Other platforms offer an “estimated” number but in this case, the subscriber could is exact and official. I can’t tell for sure if the YouTube real-time subscriber count is live for all channels, big or small, but the feature is limited to the desktop version of the Creator Studio right now. It is not yet available in the YouTube Studio mobile app.

So, if you are a creator who’s approaching a big subscriber goal, you can now rely on the official real-time YouTube subscriber counter instead of third-party services.