Ever attached a PC keyboard to your iPad only to find that the ⌘ and ⌥ keys are the wrong way around and fumed at Apple for not even offering an option to remap modifier keys on iPad? Well, you are not alone to have traveled through this annoying path. Thankfully, this problem has become a thing of the past as the tech giant has made it a tad easier to use a PC keyboard with an iPad. So, if your lonely looking PC keyboard is willing to play nicely with Apple tablet, let me help you set it up!

With iPadOS 13.4, Apple has added a setting to remap modifier keys. Right now, it consists of five important keys such as Caps Lock, Control, Option, Command, and the ever-vexing Globe, which seem to be more than enough to bring a smile on the face of a PC guy. That said, make sure you have attached a hardware keyboard to your iPad (wired or Bluetooth keyboard), else the setting won’t appear.

It’s pretty easy to modify keys on the iPadOS device. All you need to do is head over to Settings app -> General -> Keyboard -> Hardware Keyboard -> Modifier Keys. 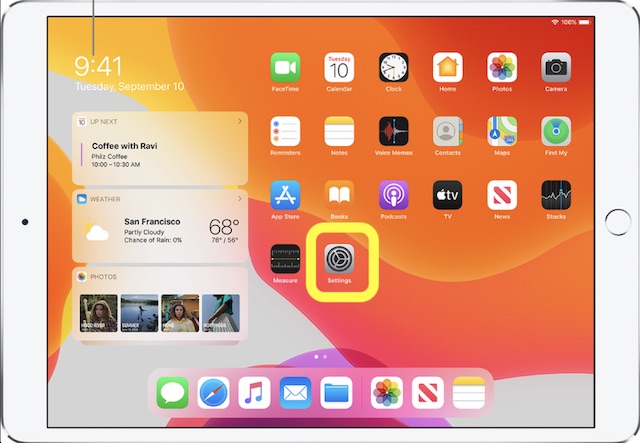 Here, you should see a list of all the keys that you can change. 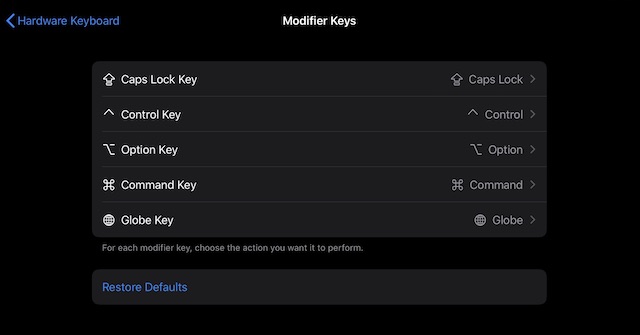 Now, remap keys like Caps Lock, ⇧, ⌘, ⌥, and ⌃ in line with your needs. Not to mention, there is also an option to map the annoying globe key to an Escape key on Apple’s Smart Folio Keyboard case. ⌃-The space key can still let you switch keyboard languages.

Simply, select one of the modifier keys then change the function it performs. Also, swap the keys around to suit your workflow better or enhance your typing speed. Just in case you want to disable a key, assign “No Action” to it. 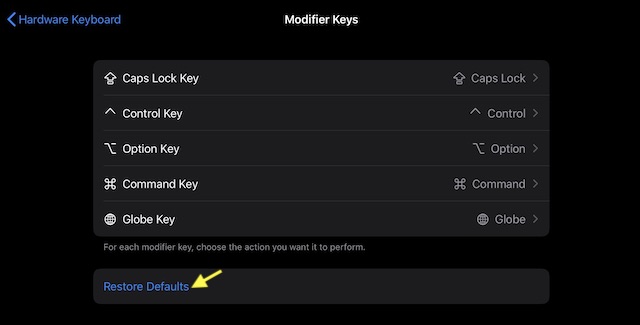 Use PC Keyboard with iPad By Perfectly Remapping the Modifier Keys

It’s good that Apple has finally provided a way to customize modifier keys on iPadOS. While I have never doubted iPad as a super handy gadget for all seasons including gaming, media watching, writing, and even fairly decent video editing, the tablet still has some notable grounds to cover. For one, full-fledged mouse support can go a long way in making the device a better tool for those who still prefer to control a screen using a mouse rather than gestures. By the way, what do you think of this new iPadOS feature and what are the improvements you want to see in the tablet? Feel free to shoot your thoughts in the comments below.