Samsung launched its latest flagships, the Galaxy S8 and S8+ to a lot of fanfare. The hype was well deserved, considering that Samsung had went all-in on minimal bezels, and a gorgeous edge to edge display. Among other new things, one of the features that was met with widespread skepticism was the dedicated Bixby button on the side of the phone. Users all around the world felt like this was yet another Google feature that Samsung had unnecessarily replicated, and then provided a dedicated hardware button for. Plus, with Bixby being crippled at launch, thanks to voice support not being available, it’s only natural that you may want to stick with using Google Now. So, if you want to use Google Now instead of Bixby, here is how to remap the Galaxy S8’s Bixby button to Google Now:

1. A Brief History of Remapping the Bixby Button

Naturally, there have been many developments when it comes to remapping the Bixby button. Partly because no one was really excited about Bixby, and partly because well, it’s a hardware button that can be used for potentially anything you want to quickly access on your phone. Developers were quick to figure out a way to remap the Bixby button to almost anything you want your device to do.

However, Samsung pulled an Apple, and quickly pushed a software update that broke the workaround developers had been using to remap the Bixby button to other actions.

Since the software update made the “key up” and “key down” events get swallowed by the OS before reaching Accessibility Services, it broke the solution developers had come up with for remapping the Bixby button. Fortunately, Android developer “Dave Bennett” put together an app that will launch Google Now every time the Bixby button is pressed. Here is how to use it: 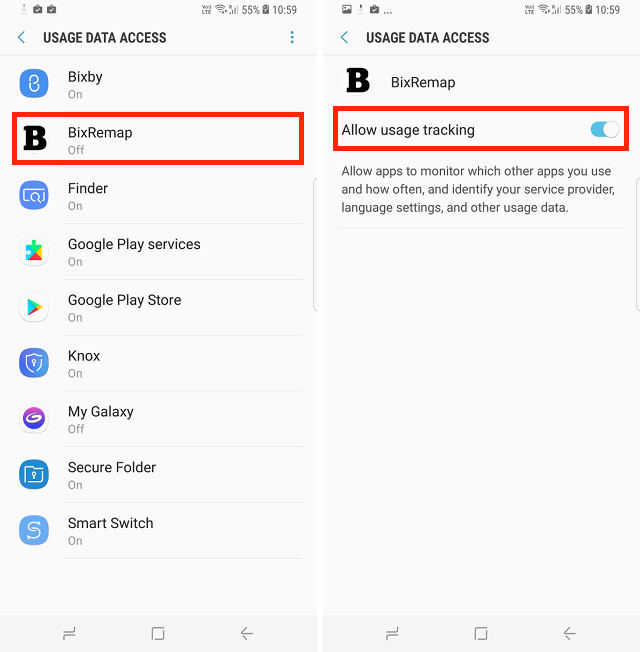 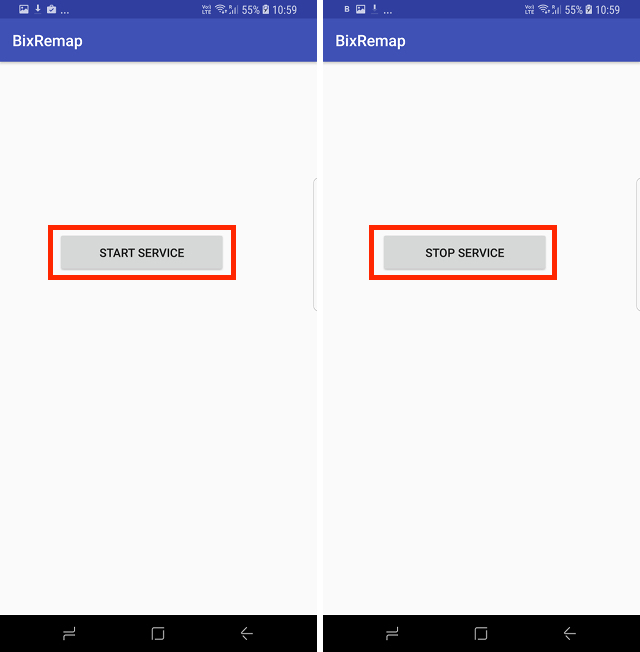 That’s it, you can now try pressing the Bixby button on your Galaxy S8 or S8+, and Google Now will launch instead of Bixby.

The app works by looking for Bixby in the foreground, and launching Google Now over it. Due to this, you may see the Bixby screen for less than a second before it gets replaced by Google Now instead.

The only drawback to using this app is that it puts a persistent notification on your screen. While the developer has plans to remove the notification from showing up in a future update to the app, you can use the following method to stop the notification as well: 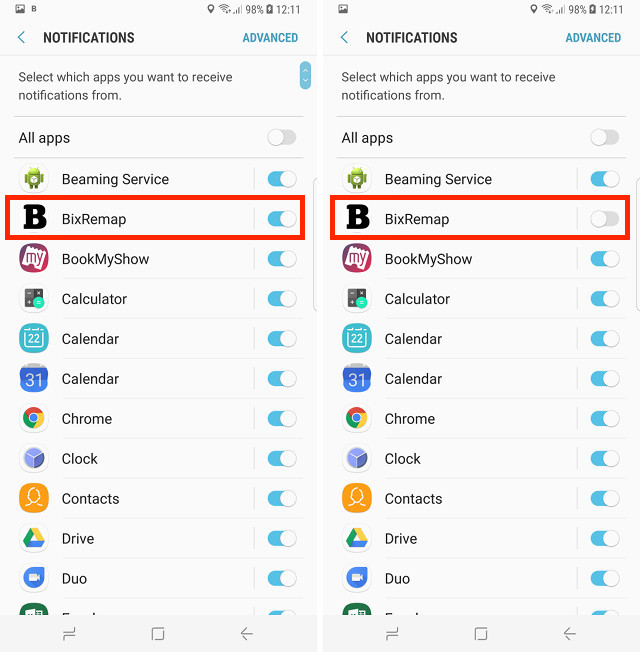 This will block the notification from BixRemap from showing up in the Notification Shade, until the developer comes out with a more elegant solution.

One of the many good things about the BixRemap app is that the developer is very active on the Reddit thread dedicated to this app, and is replying to feature requests and improvement suggestions as well. Some of the features that may be added to the BixRemap app in future updates include things like:

With the BixRemap app, you can easily remap the Bixby Button on your Galaxy S8 and S8+ to launch Google Now instead of Bixby. While the previous method that intercepted the “key up”, “key down” events to assign specific functionality to the Bixby Button has been disabled with the software update that Samsung pushed to all S8 and S8+ devices, this new app will definitely keep working. Plus, with the great feature updates that the developer already has planned, there is no doubt that the app might well become one of the must have apps on your Galaxy S8 or S8+ device.

As always, I’d like to know your thoughts on Samsung blocking the key up/key down method, and whether you think Bixby is worth having a dedicated hardware button for? Also, if you know of any other method that can let users remap the Bixby Button on their S8 and S8+, do let us know about it in the comments section below.

Samsung Galaxy S8/S8+ to Get Android Oreo this Month

Apple iPhone Leads as the Top-Selling Gadget of 2017: Report

Galaxy Experience Program: iPhone Users Can Try Out S8 And Note 8 For A Month
Partner Content 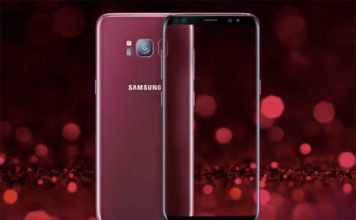 Samsung is the global leader when it comes to overall smartphone shipments but it is not above picking little quarrels with rivals. We have...
Beebom Contributor - May 21, 2018 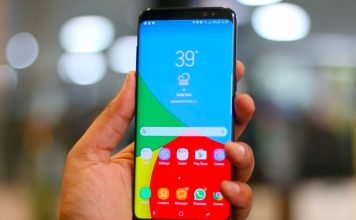 Samsung updated the Galaxy S-series lineup this year with the Galaxy S9 but last year's Galaxy S8 and S8 Plus are great flagship devices...
Anmol Sachdeva - May 13, 2018 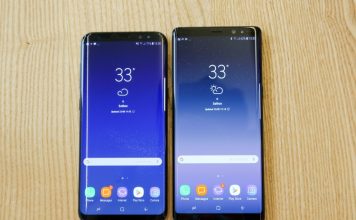 Samsung Galaxy S8/S8+ to Get Android Oreo this Month

Back in November last year, Samsung started rolling out the Android 8.0 Oreo Beta for the Galaxy S8 and Galaxy S8+. The beta update...
Beebom Staff - Jan 15, 2018 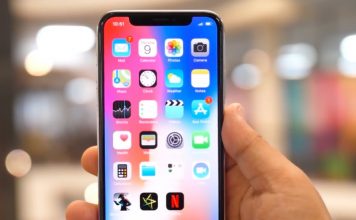 Apple iPhone Leads as the Top-Selling Gadget of 2017: Report

Apple has a torrid time of it lately, especially as 2017 comes to an end. From the patent battle with Qualcomm, to the highly...
Beebom Contributor - Dec 30, 2017

Galaxy Experience Program: iPhone Users Can Try Out S8 And Note 8 For A...

As Apple gears up to launch the iPhone X in South Korea, its arch-nemesis Samsung has decided to allow iPhone users to test their...
Anmol Sachdeva - Nov 22, 2017