Before we begin, keep in mind, the Pixel 4 recorder app works with Android Pie and above. Also, on Android 10, it’s using scoped storage to better protect your recording from third-party apps having storage permission. Having said that, here are the steps to follow.

1. APKMirror has already hosted the upcoming Recorder app from Pixel 4. Just grab the APK from this link and install it on your Android device.

2. It may ask your permission before installing apps from a third-party source. Tap on Settings and allow it to proceed with the installation. 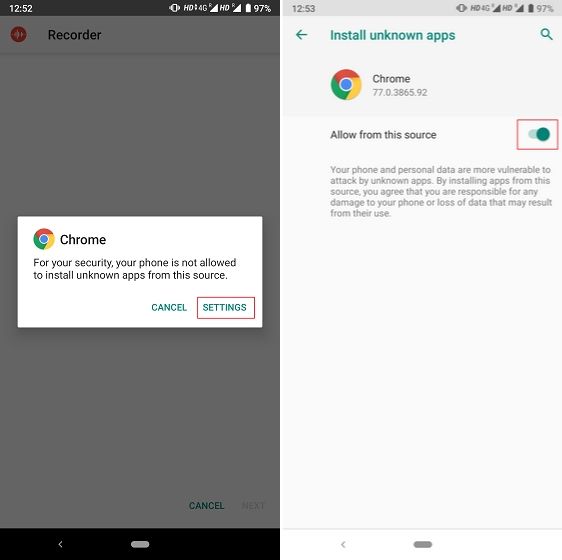 3. After that, open the app and you are done. You can start, pause and resume a recording and once it’s saved, you can replay the audio right from the app. 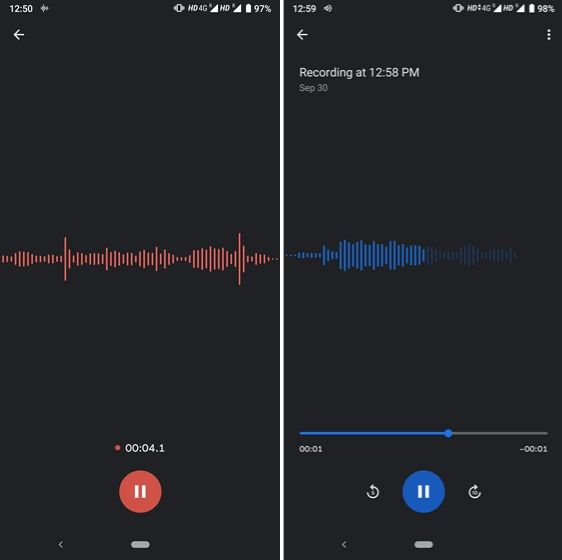 SEE ALSO: YouTube Not Working? Here is How to Fix It


Get the Pixel 4 Recorder App on Your Android Device

So that was our quick guide on how to install Pixel 4 voice recorder on your Android device. As we can see, the steps are quite simple and straightforward. All you have to do is download the APK file and allow necessary permissions. Anyway, that is all from us. Stay tuned with us for more Pixel 4 features.