The first developer preview of Android P has just launched and it brings a ton of new features that has us excited. That’s why it’s sad to know that most of the Android devices existing in the world right now will never get the Android P update. That said, the customizability of Android as an operating system allows us to bring most of the Android P features to older devices. In this article, we are going to show you how you can do exactly that. So, if you want to get Android P features on your device right now, here’s how you can do it:

Get Android P Features on Your Device

One of the cosmetics changes that are coming with Android P is the changes to the Pixel Launcher. Now the virtual hovering arrow is gone, the page indicator lives inside the dock and the dock has gotten a new translucent overlay. Also, the Google search bar has now gotten a new microphone icon. If you want all these features, all you need to do is download the Pixel Launcher by going to this XDA link and install it on your device. Do remember, that you will need to uninstall any previous Pixel launcher mod if it’s present on your device. 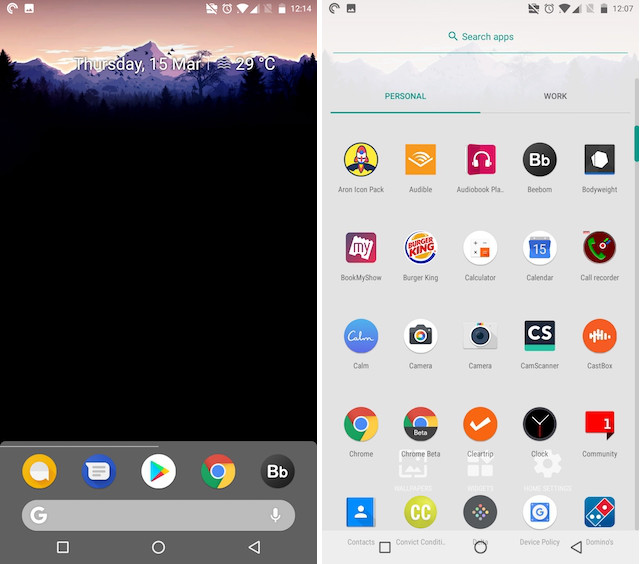 2. Get Android P like Notification Panel and Settings Page

The Android P launcher that we just installed changes the overall appearance of your launcher, however, it does nothing to bring the new Android P’s notification shade or the Settings page. If you want that, you will have to use a theming engine called Substratum. You will also need to download and install the Flux White Substratum theme ($1.49) app. 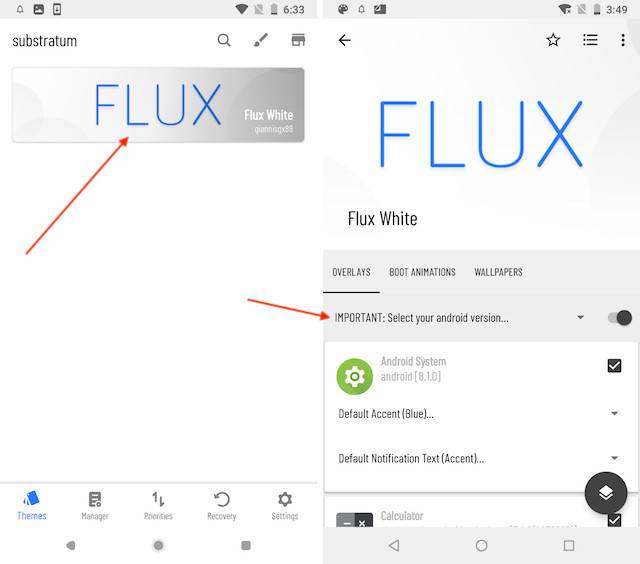 Now that you have installed both the apps, there are three different methods to install the theme on your device. The first method is for anyone whose device’s Android version is below Android Oreo. For them, it’s a pretty straightforward process. Just launch the Substratum app and it will automatically load up the Flux theme. Tap on theme name and then tap on the Select your Android version option. After selecting your Android version, enable the toggle which is next to it. 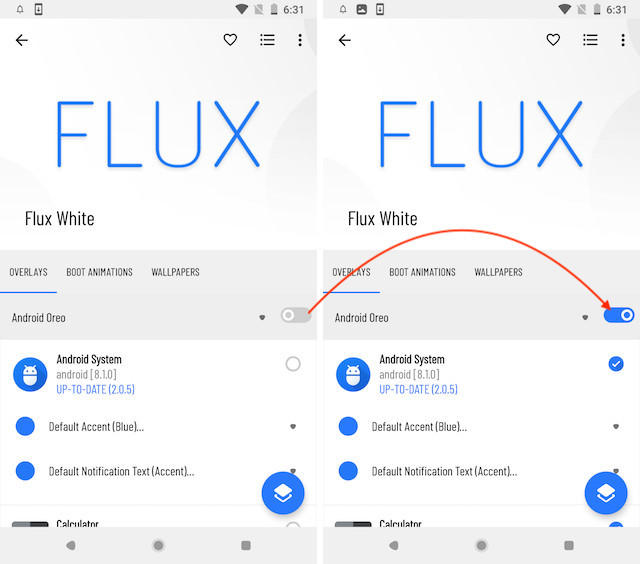 Once you are done with that, tap on the floating substratum button and then tap on the Build & Enable Button. It will take a minute or so for the app to do its magic. Once it’s done, you will see that your notification panel with quick settings menu and the Settings app are both looking just like the one on Android P. 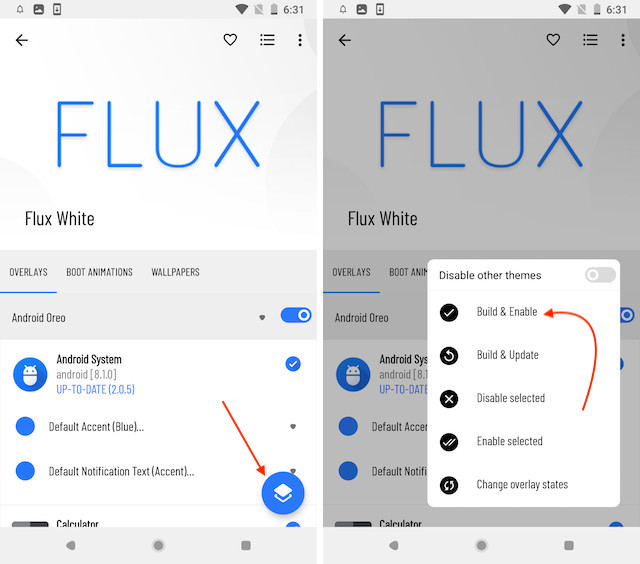 As mentioned above, the above-mentioned steps will only work for those Android devices which are not running on Android Oreo. However, if your device is running on Android Oreo, you have two options. You can either use the rooting method or you can utilize Substratum’s Andromeda app to allow Substratum to run on your device without root. We have already written articles on both of these methods and you can check them out by clicking on the attached links. 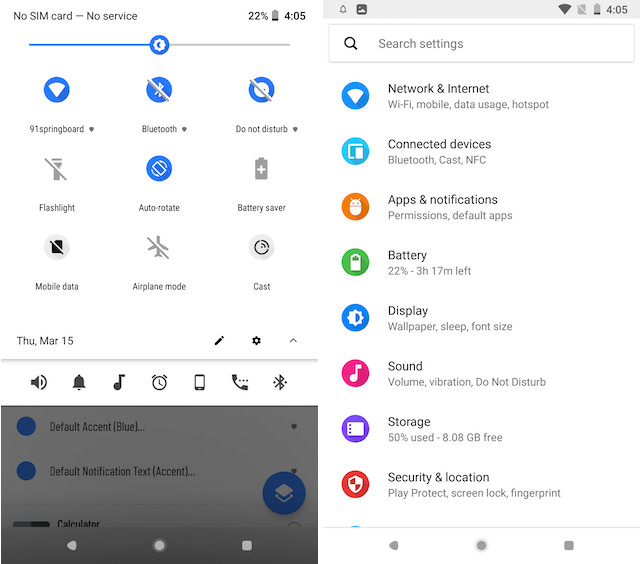 Android P also brings a new screenshot editor called Markup which comes in really handy if you want to quickly edit or annotate on your screenshots before sharing them. To get that functionality on your Android device, all you need to do is download and install the Markup tool from XDA’s website. 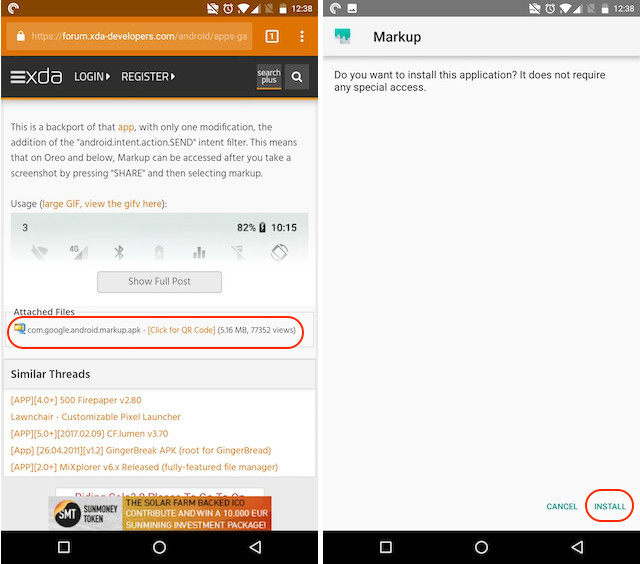 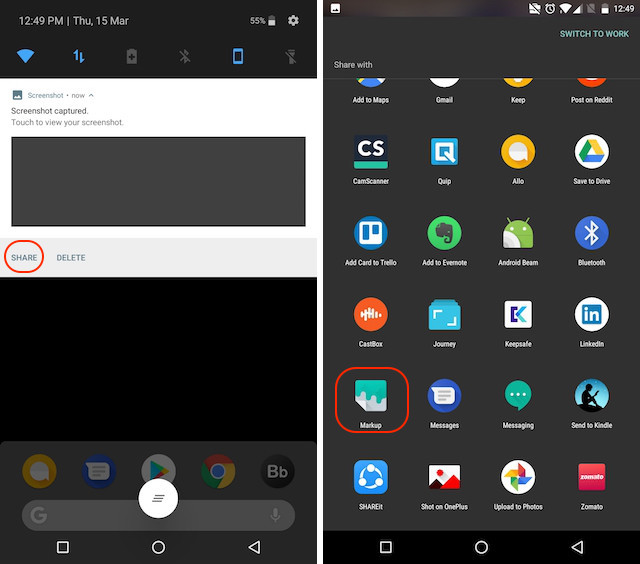 As you might now, Android P brings a new Volume menu just like the Power menu which was introduced with Android Oreo on Pixel 2. The volume menu gives you easy control over media volumes and allows you to put your phone in either ring, vibration, or mute mode. To get the Android P’s Volume menu, just install this APK file from XDA Labs. 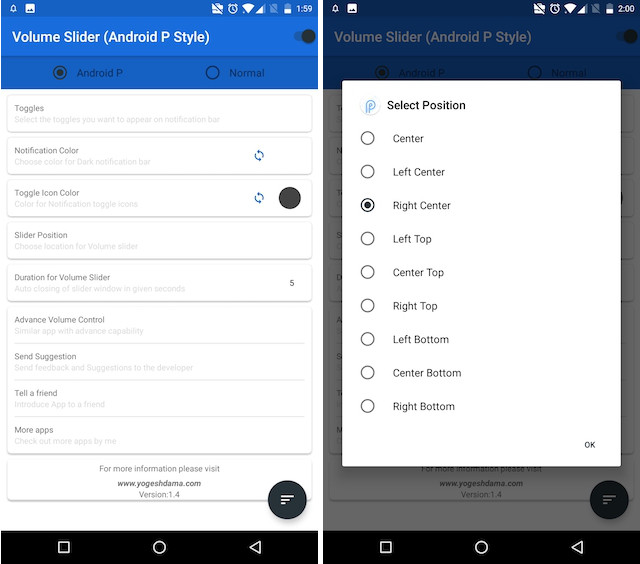 Once you do that, launch the app and give it all the necessary permissions that it is asking for. Also, do remember that the app will not be able to bring Volume Menu when you press the volume button. Instead, it will create a persistent bar on notification panel, from where you can tap on different icons such as ringer, alarm, and media to access the Volume menu for those options. 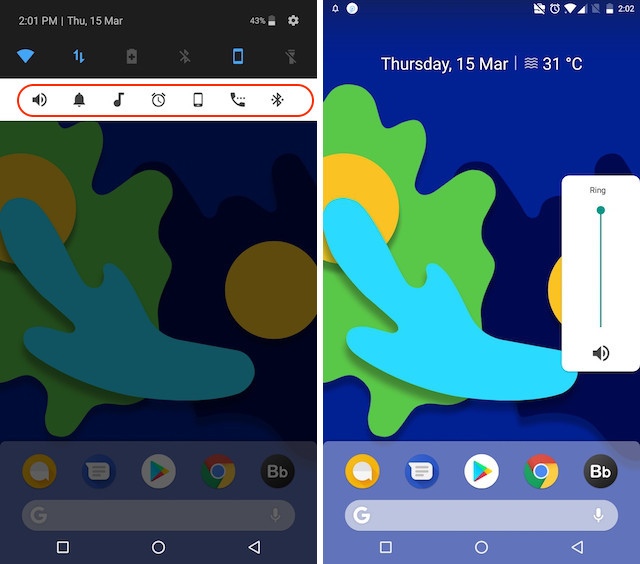 Just like every new Android version update, Android P also brings a ton of new wallpapers. If you want them all on your device, you can just go ahead and download it from here. 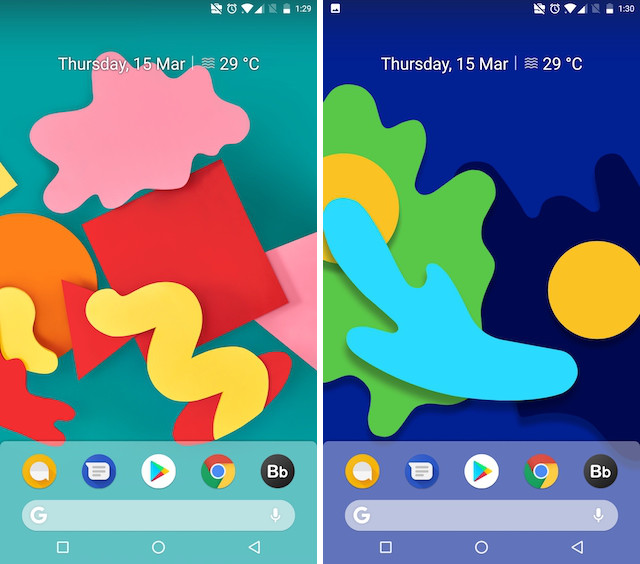 Android P is also bringing a ton of new ringtones. If you really want your phone to emulate Android P, you should not stop at the visual elements but also change the audio elements of the your phone. So, download all the new ringtones, alarms, notification sounds and other sounds that are coming with the Android P right here.

Android P is also bringing a small update to the Always on feature. Now, along with time and notification, the Always on mode on Android P will also show battery percentage, which is a very handy feature if you ask me. To get this feature on your device first, download and install the Always On AMOLED – BETA app (free) from Play Store. Now, launch the app and grant all the necessary permissions. 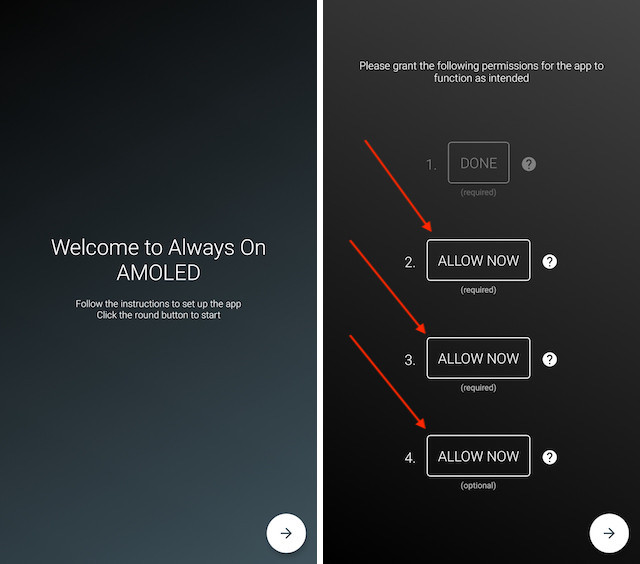 Now you are on the homepage of the app. Here, you can customize the things that you want to display. To enable battery percentage, first tap on the Customize Watchface option and then tap on Battery Indicator. 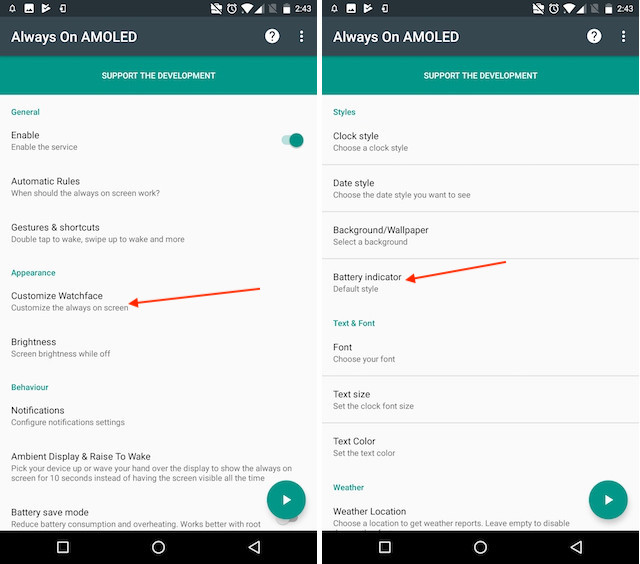 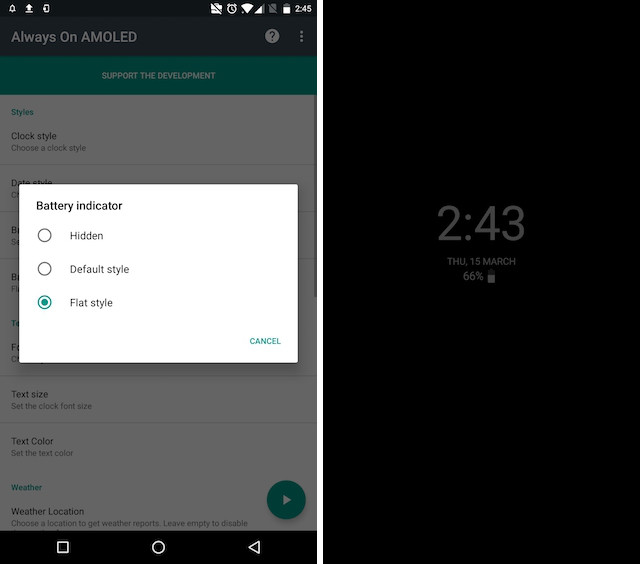 Google understands that Android OEMs are embracing the notch, hence with the Android P update, Google is bringing a built-in notch emulator to help developers adapt their apps according to the notch. However, you don’t have to wait for Android P to get the notch emulator on your phone. You can just download the XOutOf10 app (free) from the Play Store and do that right now. 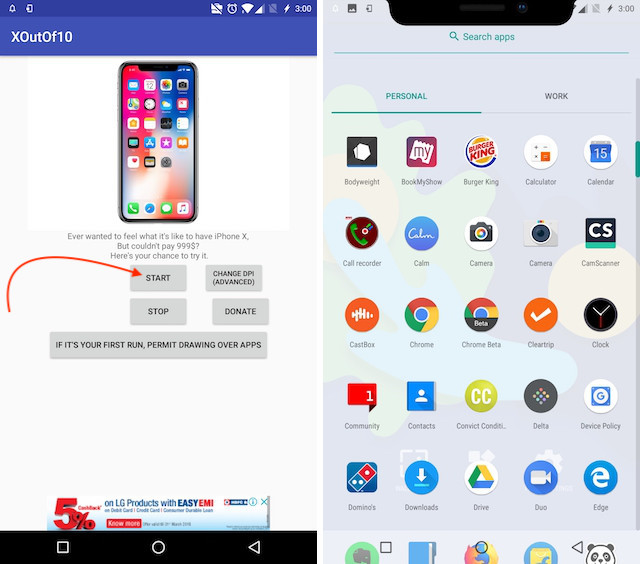 Once you download and install the app, all you need to do is launch it and tap on the Start button. Once you do that, your phone will start emulating the iPhone X notch on your Android device. 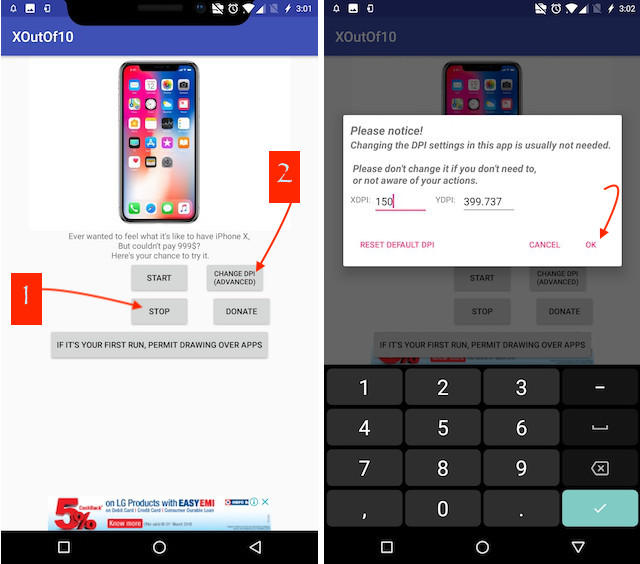 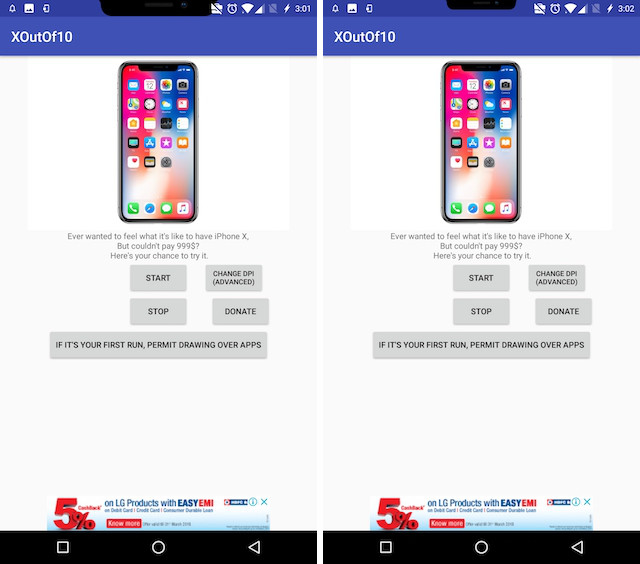 Use these steps to enjoy the Android P features right now on your device. Once you have installed all the features, do let us know which one is your favorite amongst them all. Also, we will update the article to add more Android P features as soon as we discover ways to enable them on older Android devices, so keep checking the article so that you don’t miss out on those features.