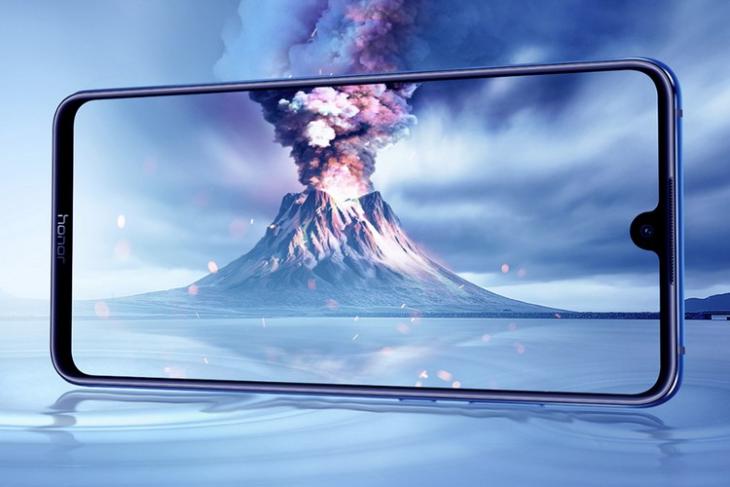 Huawei is expected to launch the Honor 8X and 8X Max in China on September 5, and now, just days ahead of their launch, the former is believed to have showed up on benchmarking site, Geekbench.

However, as is the case with all Geekbench listings, it doesn’t really reveal too much about the upcoming device apart from the fact that it will likely come with up to 6GB of RAM and will be powered by an octa-core chip clocked at 1.71GHz. 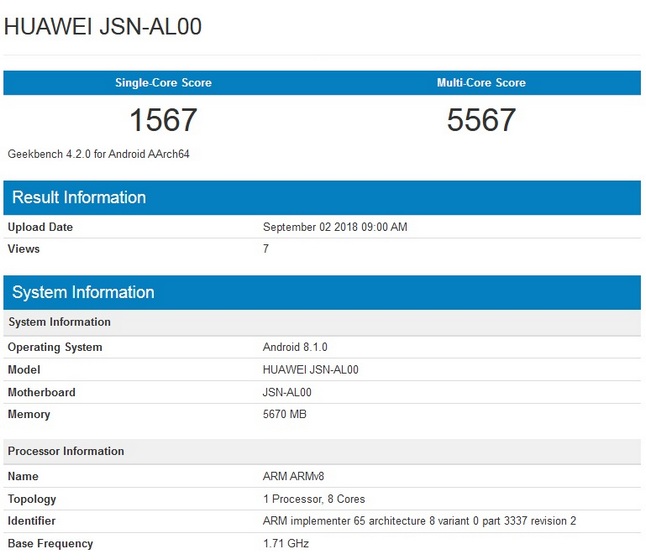 As can be seen in the image above, the Honor 8X, which is believed to come with model number JSN-AL00, has managed to score 1567 points in the single-core test and 5567 for the multi-core test on Geekbench.

Earlier rumors about the Honor 8X had suggested that the device will be powered by either the Snapdragon 710 or the Snapdragon 660, although, more recent rumors hint at the former. It will also reportedly ship with a choice of either 64GB or 128GB of storage, and run Android 8.1 Oreo with EMUI 8.1 out-of-the-box.

The device has also been rumored to feature a massive 7.12-inch 18:9 FHD+ display, with recently-leaked images seemingly showing off a tiny teardrop notch like a series of new and upcoming handsets, including the Oppo R17 Pro, the Vivo V11 Pro, the Huawei Mate 20 and more.

Imaging options on the upcoming device is rumored to include a 16MP+2MP dual-camera setup on the rear and an single 8MP sensor on the front. The battery is expected to be a 5,000mAh unit.

According to a report on Chinese tech site, MyDrivers, the device is likely to be priced at 2,099 yuan (around Rs. 22,000) in China, but the claims could not be confirmed independently just yet.

With Huawei not revealing anything about its upcoming handset just yet, one will have to wait for a few more days to get a clearer idea about what to expect from the company’s next-gen premium mid-ranger.