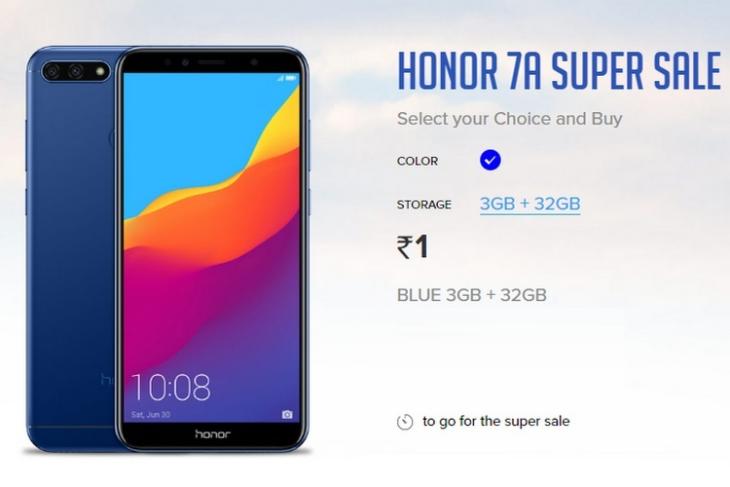 Huawei’s Honor subsidiary is all set to announce a couple of new devices tomorrow and is also gearing up to launch the Honor 7S in India soon. But if patience is not your cup of tea and discounts are what you are after, head straight to the official Honor India website, where the Honor 7A is going up for sale at just Re. 1 for its 3GB+32GB variant.

As part of the Honor 7A Super Sale, the dual camera smartphone can be scored at just Re. 1 during the flash sale which kicks off at 11:45 AM today. 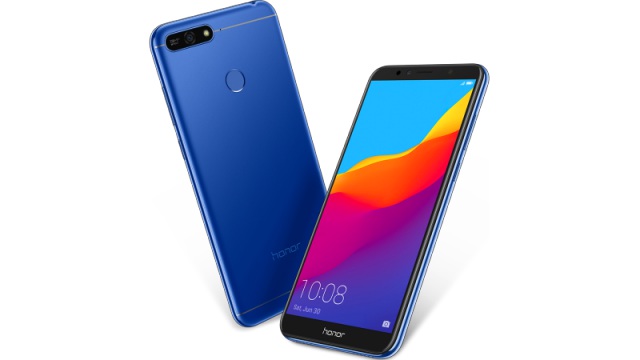 As for the device itself, the Honor 7A was launched in India in May priced at Rs 8,999 and has proven quite successful, going out of stock in just 120 seconds in its first sale on Flipkart. The Honor 7A features a 5.7-inch HD+ (720 x 1440p) IPS LCD display, backed by the Snapdragon 430 processor. This is coupled with 3GB RAM and 32GB storage, that’s expandable up to 256GB using a dedicated microSD card slot.

The device brings a dual 13MP+2MP setup on the rear and an 8MP sensor on the front. On the software side, the Honor 7A runs Android 8.0 Oreo out-of-the-box with Huawei’s custom EMUI 8.0 skin on top. It also boasts of turbo-charged speakers, a 3,000mAh battery, and dual Bluetooth support which allows the phone to connect with two devices simultaneously.

But before you get in line to grab the Honor 7A at just Re. 1, there are a few conditions you must know first. Each user is allowed to buy only one unit of the device during the flash sale and the cash on delivery (COD) mode of payment is not applicable, but thankfully, there are no shipping charges.

More importantly, there will be no warranty on the Honor 7A units bought during the flash sale, so you better handle your device with extreme care, provided you are lucky enough to buy the Honor 7A during the Re. 1 flash sale.

Buy the Honor 7A from Honor India (Re 1)

Honor 7A Hands On: Dual Cameras, Android Oreo At a Fantastic Price