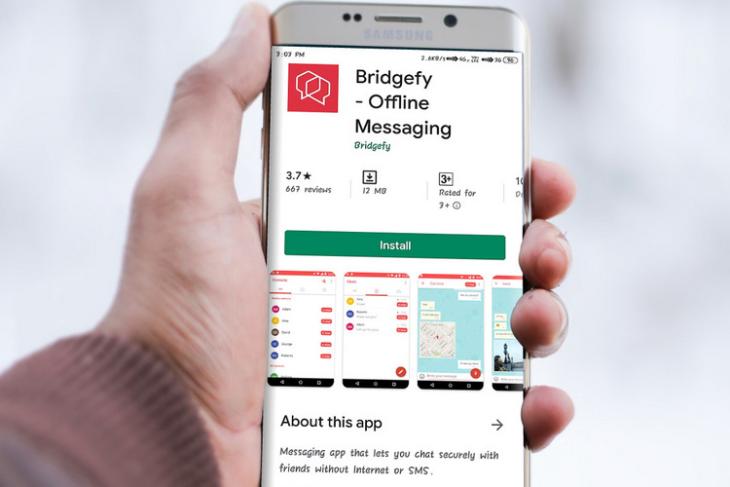 With the Chinese government using all its might to quell the ongoing rebellion in Hong Kong, the dissidents are reportedly using innovative new technologies to communicate with one another and organize their protests. To get around the crushing internet censorship imposed by Beijing, the protesters have stared using a peer-to-peer mesh broadcasting network that doesn’t use the internet.

That’s according to Forbes, which says that the pro-democracy protesters are using a new mobile messaging app that uses Bluetooth instead of the internet to send and receive messages. Called Bridgefy (Android, iOS), the app is the creation of an eponymous Silicon Valley startup and, uses a Bluetooth mesh network to connect users around the city. According to app analysis and research company, Apptopia, the app has seen astronomical growth over the past few weeks, with downloads said to have gone up by almost 4,000 percent over the past 60 days.

It is interesting to see how mass movements and pro-democracy rebellions around the world have evolved over the past decade. While Arab Spring demonstrators in 2011 extensively used BlackBerry Messenger to organize their protests, Telegram, WhatsApp and other OTT apps have since become the tools of choice for most organizations looking to organize mass rallies, protests and uprisings.

However, with all of the above using relatively similar technologies, Bridgefy stands out for using a little-known technology that has now become the lifeline for pro-democracy ideologues in Honk Kong. According to Bridgefy’s co-founder and CEO, Jorge Rios, the app has seen more than 60,000 app installations in just the past seven days, largely from users on the Chinese-controlled island. According to him, “People are using it to organize themselves and to stay safe, without having to depend on an Internet connection”.

What is Bluetooth Mesh Networking and How It Works?