Skip to content
Home What is What is Bluetooth Mesh Networking and How It Works?

Bluetooth SIG, the organisation that oversees the development of Bluetooth standards, has just released the specifications for Bluetooth mesh – a mesh networking structure for Bluetooth LE devices that is believed to be a more reliable and scalable solution for various IoT (Internet of Things) and home automation devices that need low-energy networking technology to interact and exchange information among themselves. According to the Bluetooth SIG, the technology is already available for use in devices using at least Bluetooth v4.0 and higher, so you can expect it to come to a device near you sooner rather than later. That being the case, let’s take a more detailed look at Bluetooth Mesh Networking and what it represents for mainstream consumers like you and I.

To understand what Bluetooth Mesh Networking is and how it will benefit consumers going forward, let’s first take a look at what the mesh networking technology is in the first place.

What is Mesh Networking and How it Works?

A mesh network is a type of network topology, either wired or wireless, where each and every single node is connected with one another, and relay data for the network, bringing the promise of seamless connectivity into reality. While it is a relatively new phenomenon in the consumer technology space, it has actually been around for a pretty long time, used mostly for commercial applications by the healthcare sector and by the military up until now. However, the technology is expected to become more popular in the coming days, as it will be a crucial ingredient for IoT applications, like beaconing, industrial automation and smart home devices.

The WiFi Alliance (WFA) has actually taken the lead in bringing the technology to the consumer space, with devices like Google Home, Google WiFi and Google OnHub, all supporting WiFi Mesh. So how do they actually work? Mesh networking devices actually include several nodes, one of which typically acts as the gateway for your net connection. Instead of a traditional network where each node communicates with a single access point (often referred to as a ‘Hotspot’), all nodes in a mesh network communicate with one another, amplifying the signal and extending its range. In theory, the range can be extended infinitely, and is only limited by the number of devices in your network.

While inexpensive range extenders also manage to do much of what expensive mesh networking kits promise, the one area where mesh kits have traditional range extenders beat is in terms of speed. While mesh networking doesn’t typically result in any significant deterioration in network speed, range extenders, as we all know, have a nasty habit of slowing down connections. With mesh networking promising to deliver seamless connectivity across large areas, the days of scouring for ‘hotspots’ may well be over, as wireless mesh networks may very well be used to connect entire cities using existing technology at some stage in the not-so-distant future.

Now that we’ve seen how WiFi mesh is helping consumers get rid of those annoying ‘dead-zones’ and get seamless internet connectivity across every nook and corner of their homes, it is important to realize that WiFi is not the only wireless technology that can have its own mesh network. Philips, for one, is already using an IEEE 802.15.4-based specification called ‘ZigBee‘ for its popular ‘Hue’ line of smart lighting products, and with the Bluetooth SIG now releasing its own specifications for Bluetooth mesh, an interesting competition between the different platforms may well be on the cards in going forward.

What is Bluetooth Mesh Networking and How Will it Improve Connectivity?

Simply put, Bluetooth mesh is basically any mesh network that uses Bluetooth technology to connect devices. It operates on Bluetooth LE (Low Energy) and is compatible with Bluetooth v4.0 and above. Having said that, not all products conforming to those standards will actually be compatible, because, according to a press release by Bluetooth earlier this week, “only products designed to be upgradable (via a firmware upgrade) can be enhanced … to support Bluetooth Mesh”. The amount of memory available in your Bluetooth chip is also another thing that will decide whether your device will be compatible with the technology or not. 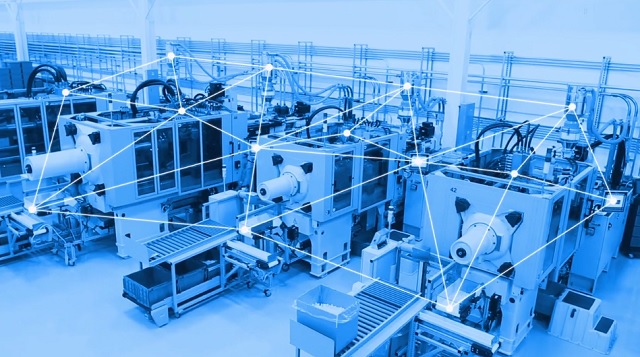 Bluetooth SIG has been working towards making its technology better suited for IoT applications, which is why many industry observers found it a bit surprising when the organisation announced the Bluetooth 5 standard last December without a word on mesh networking. The emergence of IoT meant that the absence of mesh networking had started to become a critical problem for Bluetooth as a wireless connectivity option. Now that mesh networking is officially a part of Bluetooth, the technology is expected to bring greater range, faster data transfer and interoperability with other technologies.

Increased range, in particular, should aid in the adoption of Bluetooth in home automation environments, so that devices with Bluetooth v4.0 and above will able to connect with each other not only within a single building, but also across multiple buildings. It could also potentially give Bluetooth beaconing the push it needed, because the technology hasn’t really taken off in any meaningful way, even though it was announced way back in 2013. Bluetooth beaconing, in case you’re wondering, allows Bluetooth-enabled devices to interact with one another, and can be used for messaging, tracking and locating Bluetooth devices within a given area without the need for pairing. 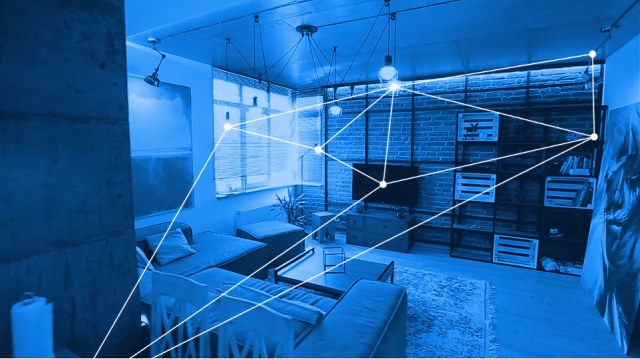 Apart from beaconing, Bluetooth mesh is also expected to aid the robotics industry, where AI-based robots will able able to communicate with one another via Bluetooth mesh. The technology is is also expected to be put to use in a variety of other applications, including energy management, smart city applications, sensor networks, industrial automation and IIoT (Industrial Internet of Things). Bluetooth SIG claims that the technology has already seen interest from the home and office automation market, especially from smart light vendors.

In light of the recent Mirai and BrickerBot attacks on smart devices, privacy and security concerns are the first foremost things on many of our minds when it comes to the IoT. So is Bluetooth mesh networking secure, or are there gaping security loopholes that can be exploited by hackers and cyber-criminals? According to the Bluetooth SIG, the technology uses “256-bit elliptic curves and out-of-band authentication” to add devices to the network, and all communication within the network is encrypted via 128-bit AES-CCM keys and authenticated with 64-bit authentication (that can be increased to up to 1088-bit) to prevent brute-force attacks. What’s more, encryption and authentication are applied at the network layer as well as the application layer, so the node (devices) that form a network can only relay encrypted content that can only be deciphered using a separate application key.

To prevent Replay Attacks, Bluetooth SIG has mandated that every message will have fresh sequence numbers, while every packet sent will be obfuscated, which should protect your identity even when somebody is resorting to packet sniffing. ECDH technology is used to prevent Man-in-the-Middle (MITM) attacks, while trashcan attacks are prevented using a key-refresh procedure to blacklist all removed devices. Bluetooth SIG also says that there are procedures in place to prevent ‘Physically insecure device attacks’ and ‘Visitor attacks’.

Will Bluetooth Mesh Networking Ensue Any Immediate Benefits To The End-User?

Even as Bluetooth mesh networks are expected to become more common in the days to come, it is important to realize that most of the use cases will be commercial in nature, so if you’re expecting to be able to stream music to all Bluetooth speakers in your house using the technology, you can put an end to that thought right now. That’s because those devices use either Basic Rate or Enhanced Data Rate technologies, which are designed for continuous wireless connections, and are optimized for audio streaming.

Mesh networking, however, uses Bluetooth LE that’s designed specifically for short-burst wireless connections and are primed for networking with multiple devices. While that should put a swift end to your grand dreams about using Bluetooth mesh on a daily basis at home, the good thing about it is that thanks to the different standards used by Bluetooth speakers and Bluetooth mesh, you will be able to continue streaming music and use the Bluetooth connections on your phone, laptop or smartwatch for anything, even in the middle of a Bluetooth mesh network.

When Can We Expect Bluetooth Mesh Networking To Be Rolled Out Commercially?

Technically, Bluetooth mesh networking has already been rolled out, and manufacturers can qualify their devices with Bluetooth SIG. However, the process of qualifying a device has to start from scratch, so in order to be able to register a product, it will either have to be a new one, or something that’s been modified specifically for the purpose. What it basically means, is that even if you do have a product that is compatible with Bluetooth mesh from the technological point-of-view, it still can’t be qualified for the standard as things stand right now, although, they may still be able to become a part of a mesh network going forward.

SEE ALSO: What is Bluetooth 5? Everything You Need to Know

The Future of Bluetooth Mesh Networking

We are only in the nascent stages of the impending IoT revolution and most of the developments in the sector are still in an experimental phase for the most part. What the future holds, nobody really can say for certain, but chances are, the groundwork for a more connected future are being laid by the today’s researchers, who’re seeing how far they can push the envelop with new technology. That being the case, Bluetooth mesh networking may someday become the preeminent technology that connects not just homes and offices, but entire smart cities that are expected to become commonplace before the end of this century.

So now that you’ve gathered quite a bit of info about Bluetooth mesh, what do you think lies in its future? Can it compete with relatively more established wireless mesh technologies like ZigBee? Do let us know in the comments section below.