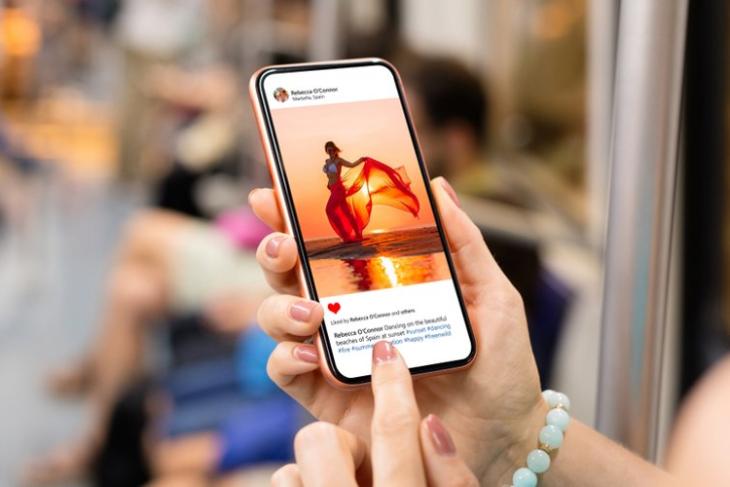 Nearly two years ago, Instagram started testing a pretty controversial feature – hiding the likes counter and views of posts and videos. This feature has been in the testing phase ever since. It is available for some users, while others can still see the number of likes on their posts. Although this created quite a controversy amongst users, especially influencers, the Instagram chief recently confirmed that the feature is not going away anytime soon.

Earlier this week, some Instagram users, who were not part of the long-running test, started noticing the feature on their accounts. That was a result of a bug that accidentally included more users in the testing circle. Later, however, the developers fixed the bug with an update.

To address this issue and talk about the new Live Rooms feature, Instagram Chief Adam Mosseri (@mosseri) shared a short video on Twitter on Saturday. In the caption, he said that “the idea [of hiding likes] is clearly polarizing, so we’re looking for a way to bring the idea to people who want it and not to those who don’t.” This means Instagram will soon introduce a toggle to view/ hide private likes on your profile. You can check out the tweet right below:

This week we unintentionally launched private like counts to a lot of people, our apologies. The idea is clearly polarizing, so we’re looking for a way to bring the idea to people who want it and not to those who don’t.#thisweekoninstagram pic.twitter.com/aS0p4tkDfV

In the video, Mosseri talks about the importance of hiding the number of likes and views on the platform. Initially, the company introduced the feature to give users peace of mind and get away from the intense competition for likes and views on Instagram.

Now, it was not just a hunch that led Instagram to introduce the feature in the first place. Later, a survey by the UK’s Royal Society for Public Health ranked Instagram as the worse platform for mental health and well-being. As a result, the developers decided to hide the number of likes and views on posts and videos to eliminate the fierce competition among influencers to attract more brands.

In 2019, Mosseri said that they want users to focus more on the content and social interaction on the platform rather than focusing on getting likes. “It’s because we want people to worry a little bit less about how many likes they’re getting on Instagram, and spend a bit more time connecting with the people they care about,” Mosseri told CNBC.

Now, the head of Instagram says that although it is a polarizing concept, the Private Likes feature is here to stay. The company will have more to share in the next month or two, so stay tuned for new information on this topic.