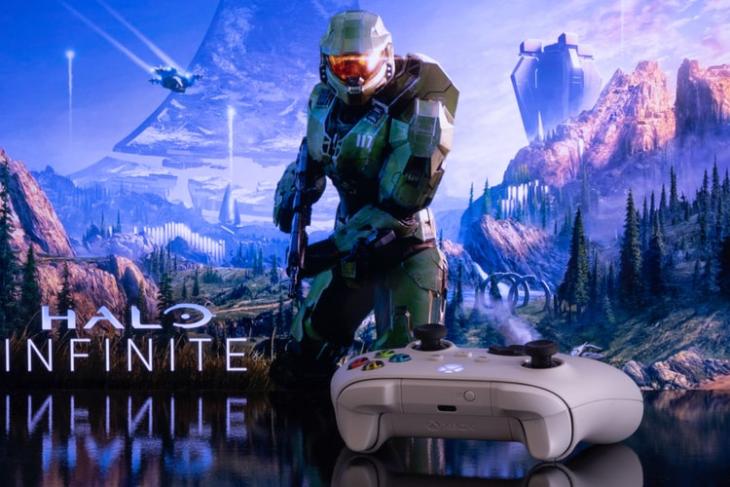 If you are a Halo fan, chances are you are eagerly waiting for Microsoft to release the next iteration of the popular game series, which would be Halo Infinite, later this year. However, if you closely follow the actual story of the Halo universe rather than just playing the game, you might want to stay away from the spoilers that Microsoft accidentally leaked recently.

Now, don’t get intrigued! We will keep this article completely spoiler-free. Nonetheless, if you go into the Halo rabbit-hole on the web, I’m sure you will find the spoilers circulating online. And surprisingly, the leak comes from Microsoft itself.

Microsoft recently released the beta of the much-awaited, free-to-play multiplayer mode that is to make its way to the Halo Infinite title. So, the company mistakenly included “a small number of Halo Infinite campaign files” in the tech preview build of the title.

The creative director of Halo Infinite Joseph Staten confirmed the leak via a tweet. He said that “leaks like this are painful for the dev team and can ruin the camping experience for everyone.” So, if you come across any of the spoilers for the game online, Staten recommends not to spread them further. You can check out his tweet right below.

Leaks like this are painful for the dev team and can ruin the campaign experience for everyone. So please, keep you eyes peeled for spoilers and don't spread them if you see them.❤️ 2/2

Now, although Staten says that only a “small number of campaign files” have been leaked, The Verge found a plaintext dump with over 800 strings of text on the web that relates to the Halo campaign. According to the report, these texts describe the in-game objectives and basic description of the plot till the end of the story.

So, if you want to avoid the spoilers, you might want to stay away from Twitter handles relating to the game or any subreddit of the Halo series. You can also check out our Twitter tips and tricks story to know how you can mute certain keywords and hashtags on Twitter so that you can mute hashtags and keywords relating to Halo.

If you are wondering when Microsoft is going to release Halo Infinite, there is no word on that as of now. However, as Microsoft confirmed to release the title in Fall 2021 after multiple delays, we can expect the company to stick to its current timeline and release the game sometime between September and December.