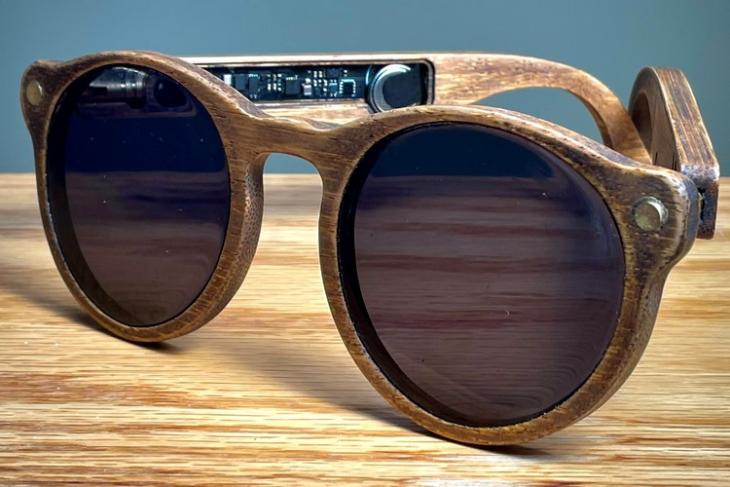 As the Coronavirus-led pandemic has locked us inside our homes, we have seen people get extra creative in recent times. Similarly, the recent mandatory lockdowns proved to be quite fruitful for the electrical engineer and product designer, Sam March who likes to build electrical gadgets from scratch in his leisure time. After making a smartwatch last year, the guy made a GPS-enabled smart glass from scratch this time around.

A few months back, in the summers, March was walking down a scenic street with his smartphone giving him directions for his destination. After a time, he came to the realization that he was paying more attention to his smartphone instead of the beautiful view around him.

“While staring at the little blue dot, Ferris Bueller, in all his infinite wisdom, spoke up in my head. ‘Life moves pretty fast. If you don’t stop and look around once in a while, you could miss it.’ It was in that moment, I decided that I wanted to make some smart sunglasses that gave me turn-by-turn directions!”, wrote the  engineer on Imgur.

Creativity at Its Peak

The homemade smart-glass comes with its own iOS app which March developed by himself. And whenever he needs to reach a location while enjoying the view, he just opens up the app, feeds the destination in it, and wears his smart glass. So, with the destination fed in the app, he does not even have to take out his phone from the pocket.

The GPS-enabled wearable communicates with the app and gives directions to reach the destination via different colored lights on either side of its frames. So, while wearing the glass, the user will be able to easily spot the light cue whenever a turn comes or he/she reaches the destination. The lights blink blue for turns and green when you reach the destination.

You can check out the working of the smart wearable in the video below.

March worked on this project for a pretty long time. He developed every component of the smart-wearable, from building the frames to designing the circuit boards. And as it is open-source, even you can build your own smart glass using his materials on Github and the awesome step-by-step picture-documentation on Imgur.

These Glasses Can Detect If You’re Diabetic Using Your Tears