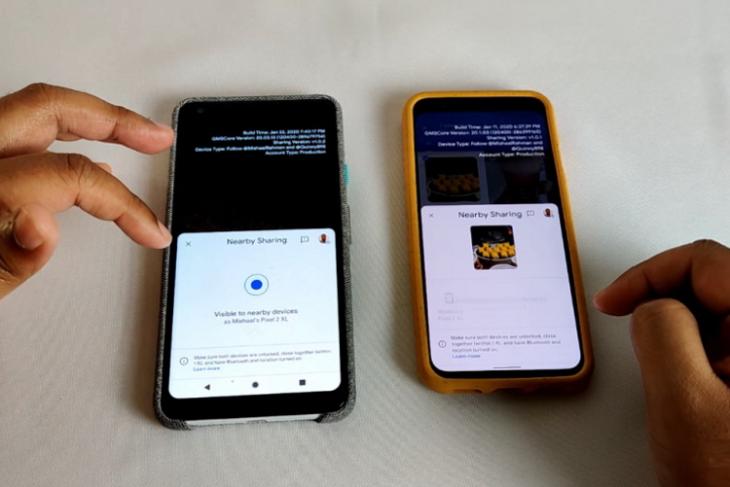 Over the past few weeks, Google has been testing its file sharing service – Nearby Share on Google Play Services beta. The software giant has now reportedly informed OEMs to enable Nearby Share on all compatible devices in August.

The information comes from XDA’s Editor-in-Chief Mishaal Rahman. However, Rahman mentions in his tweet that the plan cannot be confirmed at this moment.

Google told OEMs that Nearby Share, Google's AirDrop-like file-sharing service, rolls out to all Android (6.0+) devices in August.

Can't confirm if that's the plan as of now, but this info came from a recent source.

Currently in beta for some users: https://t.co/7GMct2A9kI

For those unaware, Nearby Share is Google’s attempt to build a standardized solution for instant file sharing. Nearby Share could make the whole file sharing process hassle-free once it becomes widely available to the masses.

Moreover, Google will not limit Nearby Share to Android phones. The feature is expected to make its way to Windows, Mac, Linux, and Chrome OS machines in the foreseeable future.

Considering the usability of Nearby Share, one would naturally expect the company to announce it in one of its keynotes. That said, it remains to be seen if Google has plans to finally announce the Pixel 4a next month.