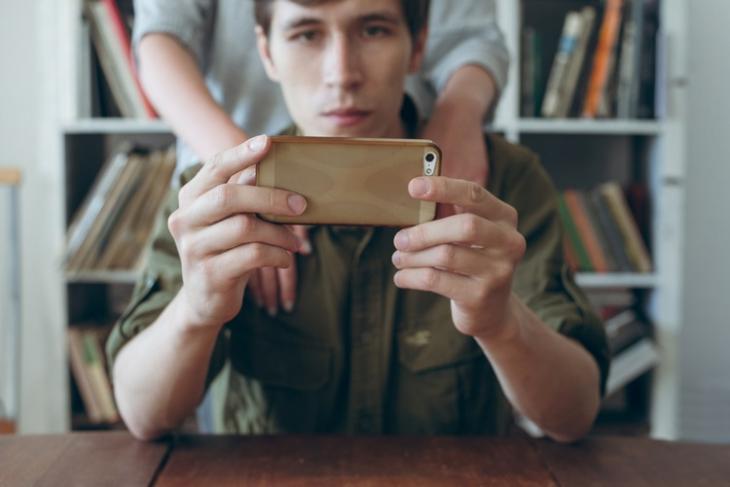 Programmers at Google claim to have developed an AI-based software that can alert smartphone users when others try to sneak a peek into their smartphones. Called the E-Screen Protector, the technology uses the front-facing camera on a smartphone to scan the faces of everyone visible in the frame, identify the legitimate user and, warn them if it finds anyone looking at the display. The software is set to be presented at the Neural Information Processing Systems (NIPS) conference next month in Long Beach, California, by Google researchers Hee Jung Ryu and Florian Schroff.

According to the authors of this software, Hee Jung Ryu and Florian Schroff, the system would work in a wide range of “lighting conditions and head poses”, although, there’s no word on whether Google is planning to roll it out to Android any time soon. If eventually, the technology does find its way to our smartphones, it will be interesting to see if it will be able to differentiate between a fleeting glance and an actual attempt to snoop, because the last thing you want is multiple unnecessary pop-up alerts when you’re trying to get something done in a busy place.

The video below is just a little demo about what can potentially be done with the help of this software.

As per this post on the official NIPS blog, the facial recognition and gaze tracker is lightning fast, taking just two milliseconds to detect each person’s gaze, 47 milliseconds for each face-recognition operation, and an average of 115 milliseconds per frame for face detection. While that sounds great from the technology point of view, the fact remains that those times are way too little for an average human to read messages or anything else on a device held at least a foot or two away. Either way, staring at other people’s phones without their knowledge is bad manners, but whether you require AI to deal with it is another question altogether.