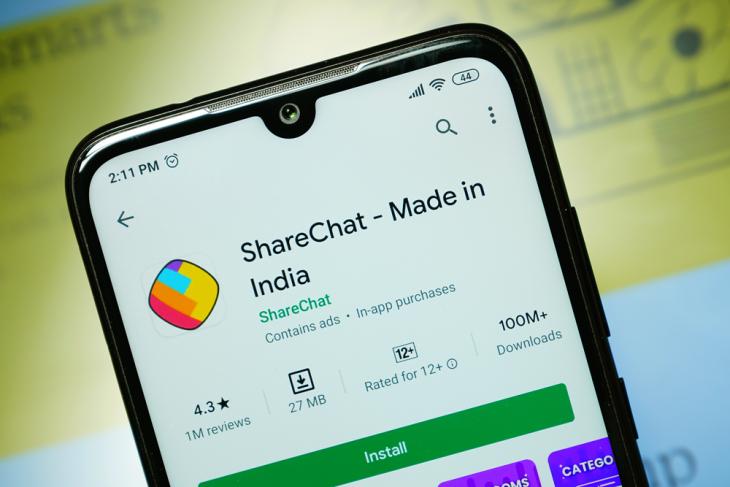 Google has time and again stated that the ‘next billion Internet users’ will come from India. The American giant is looking to partake in this growth and Indian social media platform ShareChat could be the perfect pick. As per the latest ET Now report, Google is looking to acquire ShareChat for over a billion dollars.

The report cites a source working on the proposed transaction and reveals that the talks are currently in advanced stages. The due diligence is now underway. Google is looking to shell out a whopping $1.03 billion (~Rs. 7,400 crores) for ShareChat, which is a significant premium over its previous valuation. ShareChat was valued at nearly $650 million when Twitter invested in the company.

ShareChat declined to comment on the rumor while Google e-mailed the standard ‘we do not comment on market speculation and rumors’ statement to the media. Now, you must be wondering – why is Google interested in buying ShareChat?

ShareChat, for those unaware, is a ‘Made in India’ social media platform that has been competing with the likes of Facebook and TikTok. The app is available in 15 languages, offering an experience closer to home for many users. ShareChat had been operating as a regional alternative, connecting Tier-II and Tier-III netizens as opposed to all Tier-I English speakers.

The big breakthrough for ShareChat, however, came during the COVID-19 pandemic. The app was averaging close to 60 million monthly users prior to the pandemic. But, this number went up to 160 million active monthly users, which is a 166% spike in userbase over the past six-odd months. The average time spent on the platform has also ballooned to 31 minutes from 24 minutes prior to the lockdown. The skyrocketing growth seems to have attracted Google’s attention.

Apart from ShareChat, the company recently launched a short video app called Moj to fill the gap left behind by the TikTok ban (along with 59 other apps) in India. This app looks and works exactly like Tiktok. It has already amassed over 50 million downloads on just Android devices over the past four months, which is just mind-blowing.

Google hasn’t been able to build a strong presence in the social space over the past few years. Google+ too was sent to the grave earlier this year. And now, the Mountain View giant has set its sight on ShareChat to again test the waters in the social media space.