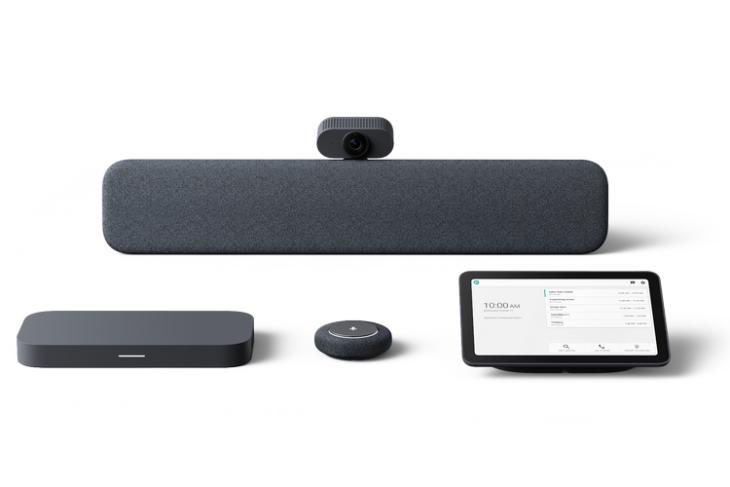 Google on Tuesday announced its own videoconferencing hardware that it claims will help organizations stay connected seamlessly. Called ‘Series One‘, the meeting room kits are developed in association with Lenovo exclusively for Google Meet and, come with built-in Google AI that will enable people to join meetings just by using voice commands. The set includes 4K cameras, audio bars, remote controls, mic pods, and of course, the core compute system that runs it all.

Google is offering three packages based on requirements and budget. The base package, named ‘Small Room Kit’, comes with a 12MP camera with 1080p 30fps recording, a Smart Audio Bar, Compute System, and a basic remote control, while the better appointed ‘Medium Room Kit’ offers a 10.1-inch touchscreen remote control instead. It also comes with a mic pod that’s missing in the small room kit.

As for the ‘Large Room Kit’, it ups the camera to a 20.3MP unit and adds a second audio bar and mic pod to the mix. The rest of the hardware remains the same, including the ‘Compute System’, which remains standard across all three packages. It is powered by a Core i7-8550U CPU and sports 4GB of RAM alongside 128GB of SSD storage. The hardware will also get OTA updates with the latest firmware, security patches and new features, the company said.

The Google Meet hardware kits will soon be ready for pre-order in a number of countries, including the US and the UK, but there’s no apparent plans to launch them in India any time soon. Pricing starts at $2,699 for the base package, while the two more premium sets come with price-tags of $2,999 and $3,999, respectively. You can check out all the technical details on the Google Cloud blog.