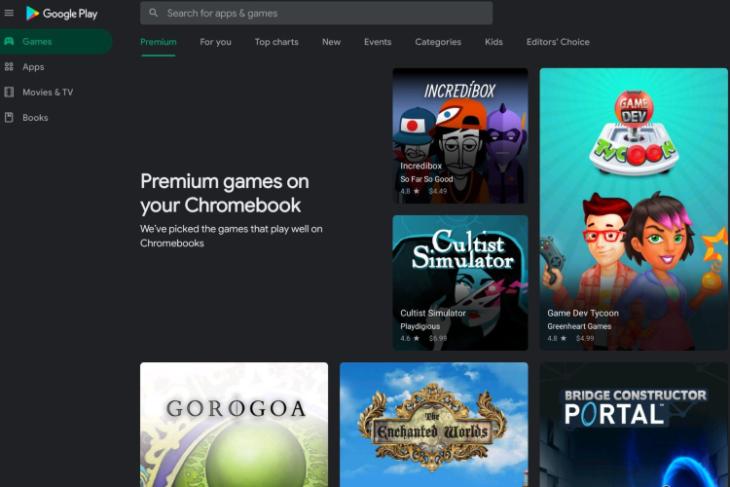 While there are games you can play on Chromebooks, finding optimized ones can get quite tricky since the platform doesn’t have a dedicated game store other than Google Play. As a step to help Chromebook users find “premium” Chromebook games, Google is now adding a dedicated section within Play Store.

First noticed by ChromeUnboxed, Play Store on Chromebook now has a Premium section that reads “Premium games on your Chromebook – We’ve picked the games that play well on Chromebooks”.

Google is rolling out the the new section through a server-side update. Hence, it is not live for all users just yet. If you’re one of those Chromebook users who didn’t receive the section, you will hopefully see it in the coming days.

In case you’re wondering, Google has picked a total of 9 games for its Premium section. As detailed by 9to5Google, below is the list of all featured Chromebook games.

With this list, Google aims to showcase games that utilize mainstream native input methods such as keyboard and mouse. We could expect the company to add more games to the list in the future. Given that ChromeOS is certainly not the first choice among gamers, casual gamers will probably be happy to see decent games for Chromebooks.

Meanwhile, if you’re interested in playing Steam games, do not forget to check out our guide on how to install and play Steam games on Chromebooks.