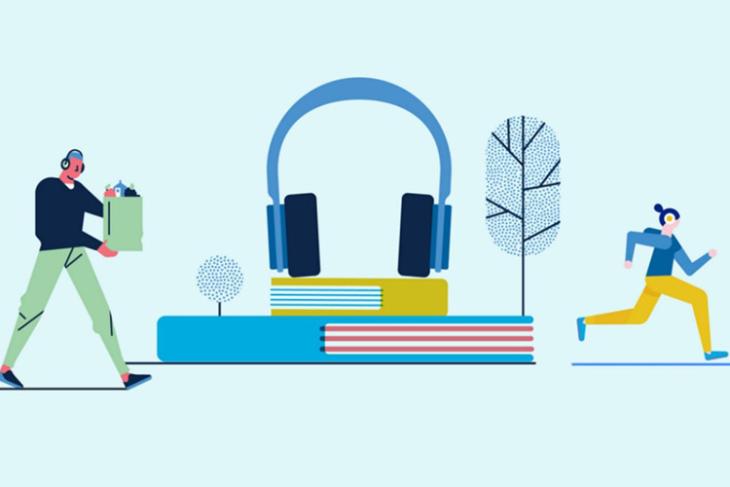 “Two months ago we launched audiobooks from Google Play to help you fit more books into your life. Today we have a few updates to make it even easier to enjoy a great book, whether you like to listen on the go with your phone or at home with the Google Assistant on Google Home.”

Here are all the new features included in the latest update:

The Smart Resume feature will allow you to pause your audiobooks at any time and the audiobook will “intelligently rewind you to the beginning of the word or sentence when you pick up your audiobook again”.

The Bookmarks feature, as its name suggests, will allow you to bookmark your favorite moments in the Google Play Books app. In order to revisit the bookmarks, all you have to do is tap the bookmark icon on the Android or iOS app.

Audiobooks on Google Play now feature Google Assistant’s support for Routines, which will allow you to automate playback according to your set routine. Once the audiobook is added to your routine, all you have to do is ask the Google Assistant to “tell me about my day” and seamlessly transition to your audiobook.

Another great addition to Google Play Audiobooks is the new Speed Control feature which will allow you to speed up or slow down the listening speed. You’ll be able to listen to audiobooks at 3x speed to get through it faster and if you want to enjoy it slowly you can slow it down to 0.5x from within the app.

The Family Library feature will allow you to share your audiobooks and ebooks with up to five family members for free. While the feature was already available in some regions, the latest update extends the service to 13 more countries, including Belgium, Germany, Italy, Netherlands, Norway, Poland, Russia, Spain, Switzerland, Chile, Mexico, Japan, and South Africa.