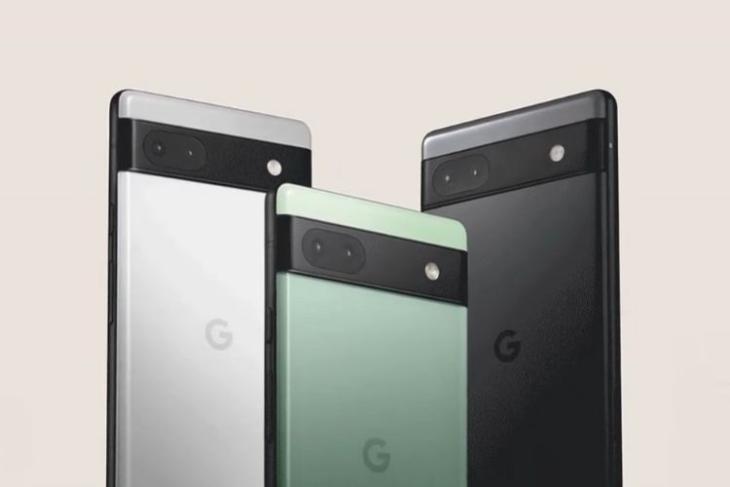 Heaps of leaks and rumors later, Google has officially introduced the Pixel 6a at its ongoing I/O 2022 event. This is the new budget-centric Pixel a-series phone, which succeeds last year’s Pixel 5a. It comes with a mid-range specs sheet and price while retaining the high-end Pixel 6’s design. Here are all the details to know.

Pixel 6a: Specs and Features

The Pixel 6a 5G, as mentioned in various rumors, comes with a Pixel 6-like design, which involves the camera visor, dual-tone back panel, and a punch-hole screen. It comes in Chalk, Charcoal, and Sage colorways.

There is a 6.1-inch Full HD+ OLED HDR display with a 20:9 aspect ratio, the standard 60Hz refresh rate, and the Always-on-Display functionality. The phone, much like the Pixel 6 and the Pixel 6 Pro, is powered by the company’s Tensor chipset, which doesn’t make it low on performance. This is along with the Titan M2 security coprocessor for enhanced security and privacy. The phone comes equipped with 6GB of LPDDR5 RAM and 128GB of UFS 3.1 storage.

But, there are a few compromises with an interest in making the price slightly affordable. This reaches the phone’s camera department and hence, a 12.2MP dual-pixel main camera with OIS support instead of a 50MP one. This is accompanied by a 12MP ultra-wide lens. There’s an 8MP front camera too. The phone supports Pixel features like the Magic Eraser, Real Tone, Night Sight, and Face Unblur, among others. The Pixel 6a also supports 4K videos, slow-motion videos, 4K time-lapse, Portrait mode, Live HDR+, and more.

It gets its juice from a 4,410mAh battery with fast charging support and is claimed to last up to 24 hours. It will be among the first phones to run Android 13. Google promises at least 3 major Android updates and 5 years of security updates, which is good. Moreover, it supports Wi-Fi 6 and 6E, Bluetooth 5.2, stereo speakers, USB Type-C, dual-SIM support, IP67 water and dust resistance, an in-display fingerprint scanner, and more. Other features include Recorder, Live Caption, and Live Translate.

The Pixel 6a starts at $449, which translates to around Rs 34,700, and will be up for pre-order, starting July 21. There’s no word on its availability details yet. But, Google has revealed that it will be available in Australia, Canada, France, Germany, Ireland, Italy, Japan, Puerto Rico, Singapore, Spain, Taiwan, the United Kingdom, and the United States.

Sadly, that means India won’t get another Pixel phone. We will keep you posted on more details. So, stay tuned and do share your thoughts about the new Pixel 6a with us in the comments below.