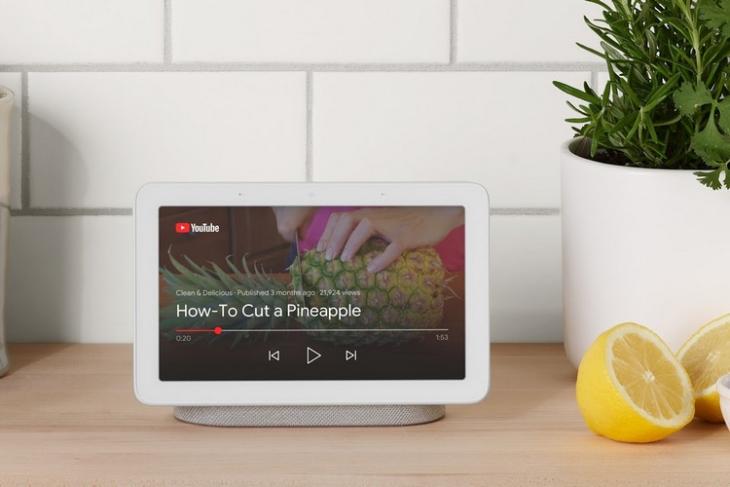 The Google Nest Hub smart display is reportedly all set to be launched in India next week. Powered by Google Assistant, the device was originally launched by Google back in 2017 and is currently listed for sale on the Google Store for $129 (around Rs. 9,200). According to tipster Ishan Agarwal (@ishanagarwal24), it will be priced at Rs. 8,999 in the Indian market.

The launch of the Nest Hub in India is not exactly surprising, given that Google had officially announced plans to launch it in twelve new markets, including India. The announcement was made at the Google I/O 2019 developer conference, where the company also announced a newer, larger variant called the Nest Hub Max, with a 10-inch panel as opposed to the 7-inch display on the standard Nest Hub. The larger device has a steeper $229 price-tag, but also comes with a built-in woofer, stereo speakers and a 6.5-megapixel camera.

In terms of functionality, however, the two devices are fairly similar, given that they are both powered by Google Assistant and, come with pre-loaded Google apps, including YouTube. The Hub Max is currently available only in the US, UK and Australia, with no word on when it might be launched in India and other international markets.

As noted by MySmartPrice, the Nest Hub will compete directly against Amazon’s Echo Show smart display, which is also priced at exactly Rs. 8,999 in India. As one would expect, it comes with the company’s Alexa voice assistant, but offers only a 5.5-inch panel instead of the 7-inch display found on the Nest Hub.