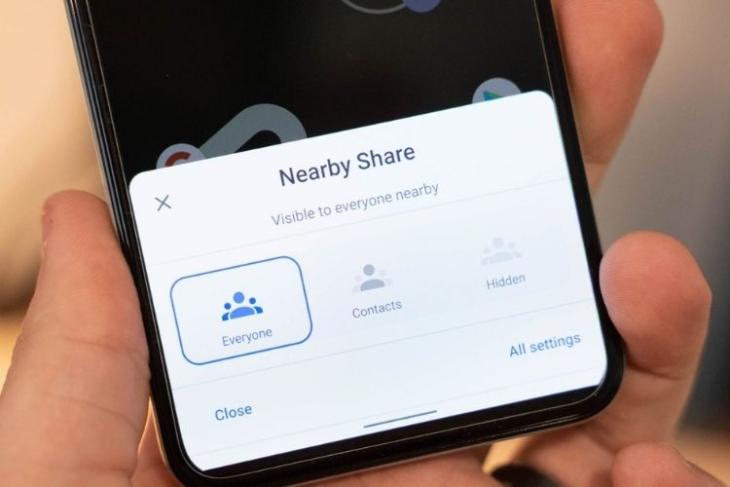 After years of users demanding an Airdrop-like feature for Android, Google released the Nearby Share feature back in 2019. Last year, the company started rolling out the feature to Android devices running Android 6.0 and above. The feature is now also available (in beta) for Chromebooks and Chrome browsers on Windows. Now, as per recent reports, Google is looking to further improve the feature by introducing many new changes.

Ever since its release, the Nearby Share has not come close to its competitions like Xiaomi’s Mi Share because of its slow transfer speeds The feature, as of now, only allows users to share files, links, and data with one person and one device at a time. Moreover, they can only share files with others only if they are in the users’ contacts. However, this might change in the near future as Google is working to add multi-user support to the feature soon.

This means that, following the update, users will be able to see anyone near them with Nearby Share activated, whether or not they are in the users’ contacts. Furthermore, they will be able to share files and data with multiple users at the same time instead of sharing with one user at a time. The transfers, however, will happen in succession and not simultaneously.

In addition to this, Google will also revamp the pop-up menu for Nearby Share. It will look similar to the AirDrop UI that lets users select discoverability options for the feature. So, using this menu, users will be able to switch between “Everyone” and “Contacts”. Moreover, there is also a “Temporary Mode” that will switch back the user-discoverability from “Everyone” to “Contacts” automatically after 5 minutes of being idle.

The folks at 9to5Google were able to get their hands on the new changes of Nearby Share. As per the report, most of the new features work quite well. Except for the multi-sharing feature, which currently fails to transfer files and data to multiple users in one go.

Now, these new additions to Nearby Share are currently in beta, as you can guess. There is no information on when these will roll out to the general public. However, considering the current state of Google’s AirDrop alternative, it is good to see Google actively improving the feature for users.