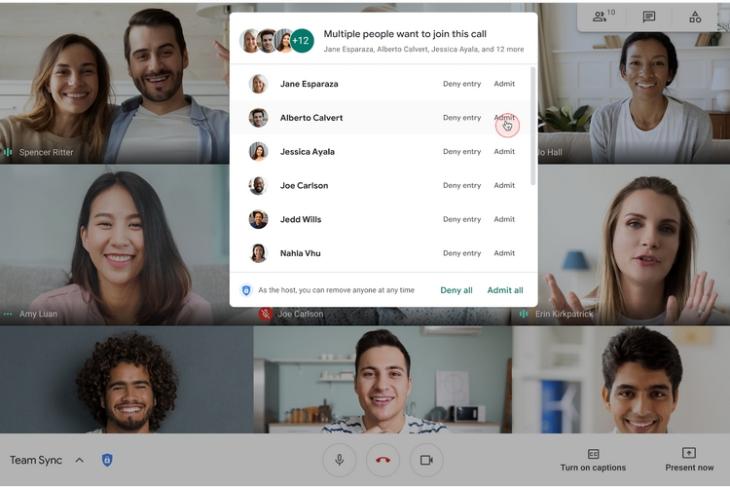 Google Meet has gained a convenient feature to let meeting organizers accept all pending knocks in bulk. Here, a knock refers to users who have requested to join the meeting. The company believes this feature should help limit interruptions during the call.

Once enabled, you will see an ‘Admit all’ button below pending join requests. Similarly, you can use the ‘Deny all’ button to reject all pending participant join requests. You also have the option to manually add or remove participants. This control, as you would expect, is exclusive to the meeting host.

This might seem like a basic feature to those who don’t often use video conferencing software, but as someone who was recently assigned the mildly infuriating task of approving new participants throughout the course of the meeting, I’m really glad that Google Meet has finally added these bulk approval buttons.

With this rollout, Google builds on its previous efforts to improve knock, which was announced earlier this year. The improvement involved blocking users who are rejected multiple times. The company also disabled the option to re-join once a participant is kicked out of the meeting.

The feature is currently rolling out in the rapid release domain, which could take up to 15 days for feature visibility. Meanwhile, the extended rollout of the feature through Google’s scheduled release domain will start on the 16th of November.