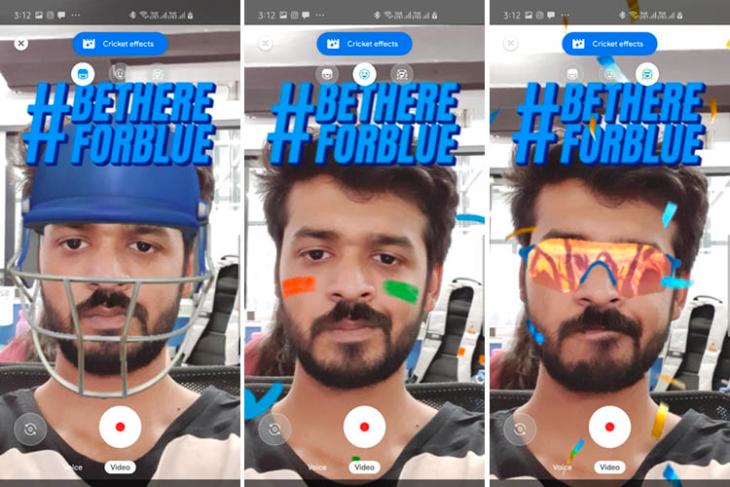 When you launch Google Duo, you’ll now see a ‘Cricket effects’ button floating right on top. Tapping on this button exposes three AR-based effects that you can use and record video messages to send to your friends, or to Team India to wish them all the best for the World Cup.

Google is also encouraging Duo users to not only record their messages and share them with friends and with Team India, but also to share them on Twitter to get featured on Google’s page.

.@imVkohli wants you to send your wishes to Team India using the cricket effects on video messages on Google Duo.

Send us your video messages using #BeThereForBlue for a chance to be featured on our handle.

The feature is rolling out to Google Duo users across the country, however, we did notice that some people here at Beebom haven’t received the feature yet. So if you aren’t able to spot it in Google Duo, know that you’re not alone.

This isn’t the first World Cup exclusive feature Google has brought into one of its apps, a couple of days back Google introduced a new doodle cricket game called ‘Tez Shots’ in the Google Pay (Tez) app on Android smartphones in India. Clearly, Google knows how big the cricket World Cup is in the country and is taking full advantage of the hype around it to promote its products and services.