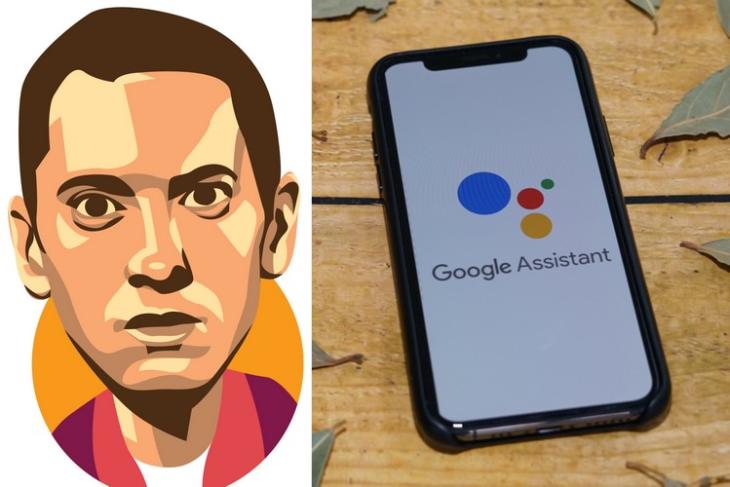 Google Assistant has been getting a lot of cool features over time, and recently, the voice assistant got the ability to read a webpage aloud. This led users to get creative with the feature and well, one user made the Assistant rap Eminem’s Godzilla. And like a liar’s pant, she was on fire!

You can check out the YouTube video (below) of Google Assistant reading out the lyrics of the popular rap song – Godzilla by Eminem from his latest album “Music To Be Murdered By”.

The video is created by Alaa Masalha and posted on YouTube by a channel named “Zerod0wn Gaming” on March 5. The video was created using an Android device to open up a webpage featuring the lyrics of the song and started the article-reading feature of the assistant. When the Assistant started to read out the lyrics, the user sped it up to 2.2x. He also added the background music of the song to the video which made it much more realistic.

Google previewed the feature back in January at CES 2020. This feature is mainly added to read out articles from a webpage. It also highlights the section of the texts which the assistant is reading, much like the “Live Lyrics” feature of Apple Music. It also comes with live translation for 42 languages. So, the assistant will be able to translate the webpage to the users’ preferred language.