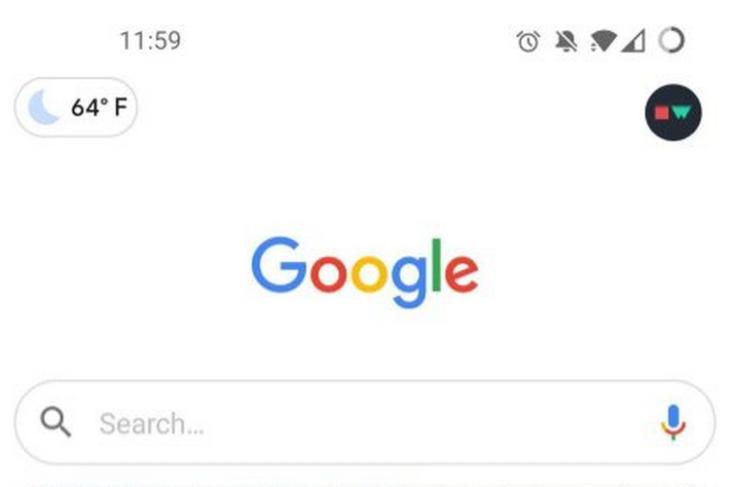 Google has reportedly started testing a small bubble for weather updates on Google app’s Discover section. The changes are apparently live with the Google app’s latest beta version on Android.

With this visual change, the card for weather updates – typically placed below the Search box, gets removed. Google will relocate weather to the top-left corner of the app, as you can see below.

Even though the app has saved some space by weather card’s relocation, it doesn’t look like Google has taken advantage of the free space, at least from the screenshots. While one would expect more compact accommodation of personalized news cards, the app, on the contrary, appears to have shifted the Search box a bit lower than it used to be before. That said, Google could be making changes in space allocation soon.

As 9to5Google points out, the redesign removes your current location, chances of precipitation in your area, and the high/low temperatures for the day. You will, however, gain access to the usual weather stats page once you tap on the bubble.

The bubble is said to appear on the latest Search beta. But, it doesn’t appear on my end, which hints this could be a limited test. However, if Google plans to make this new weather bubble a standard, we could expect a wider rollout in the coming weeks.

I personally prefer the existing implementation since it gives me more details at a glance, thereby saving a tap. Which one do you prefer? Let us know in the comments.