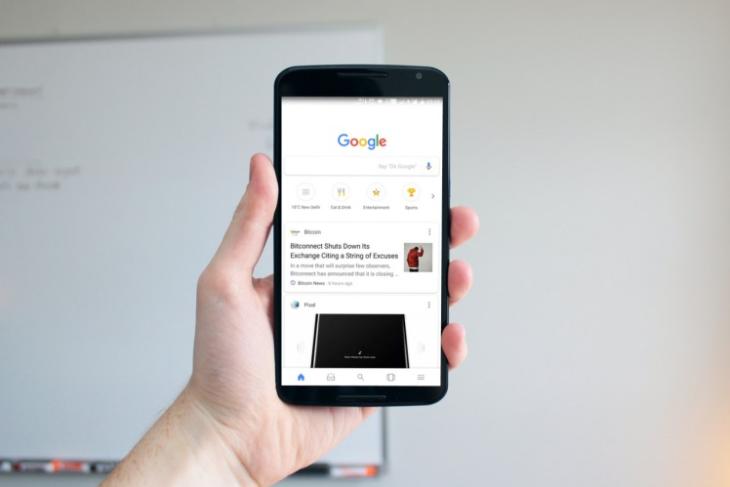 Over the years, Google search on phone has gone from a simple search bar to a whole host of features. It has now become even simpler for us to perform tasks, thanks to the integration of the Google Assistant. And new features are being added by the day to the Google app on Android.

The latest Google app update (version 7.19) has revealed that the search giant is working on some of the most-requested features such as multiple language support for Assistant, Smart Display support, TV show recognition and a lot more. So, without wasting any time, let’s take a look at the features:

Google Assistant was debuted with support for only two languages, but the search giant’s speech-focused efforts have made it more accessible. The voice assistant currently picks the default language from your Android device settings, but that is expected to change in the coming updates.

The teardown reveals that users may soon be able to change the default language for the Assistant from the settings menu. That’s definitely a huge deal but what’s even surprising is the fact that Google Assistant may be able to recognize your commands in more than just a single language.

As you see above, the strings of code found in the Google app teardown reveal that users will soon have the option to pick two languages for the Assistant, one primary and another secondary.

The teardown of the Google app also includes references to a brand new feature called the “Summer Time Mode” that’ll work only in tandem with Google Home devices. You can either enable or disable this setting, which is pretty much the only info revealed by the internal code. If I had to make a calculated guess, this will assist you in switching the time setting during Daylight Savings for your Home devices.

If you’ve been living under a rock for the past week, first let me bring you to speed. The search giant revealed at CES’18 that Google Assistant is making its way to smart displays, in an attempt to take on Amazon’s Echo Show or Spot devices.

The internal code of the latest Google app update includes references to smart display under the codename Quartz, spotted in the devices section. The settings for the devices would soon appear within the app.

There’s another reference to devices with the codename ‘AndroidThings Jasper’ in the Assistant directory, which matches with the fact that smart displays are running on the Android Things platform. This means we can expect to see many new features that are related to these touchscreen devices in the Google app really soon.

Google already makes it possible for you just pick up your smartphone and identify songs that are playing in the background. But, it now looks like the search giant is attempting the identification of TV seasons by listening to what you’re currently enjoying on the big screen. This feature may work in a manner similar to music identification to show you info and showtimes for the same on your Android device.

While teardowns shed light on features that the search giant is currently developing, but it does not guarantee the rollout of the same. Google is definitely working to further improve the smart features offered using its Android app. So, what features would you want to see make their way to the official release? Let us know in the comments below.