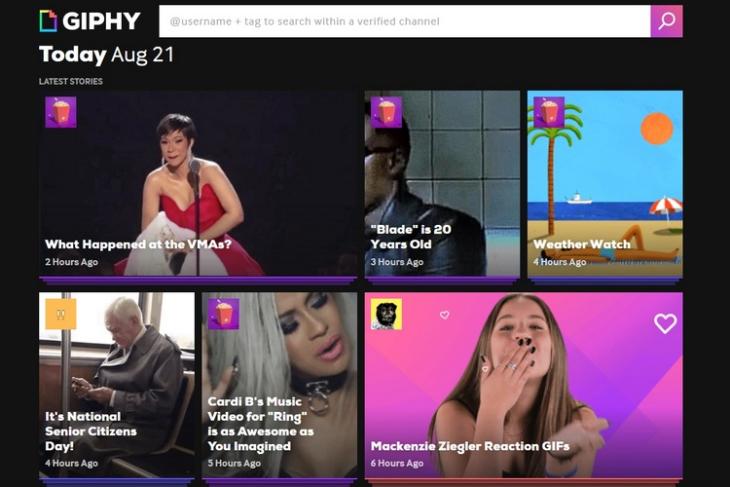 Unless you’ve been living under a rock over the past year, you already know that ‘Stories’ has become a must-have feature for various apps and online services. While Snapchat was the original brains behind the popular feature, it has since been copied by a plethora of apps and services, including Instagram, Facebook,  Snapchat and recently, YouTube.

Now, another popular online service is joining the list, with Giphy announcing that its homepage will now prominently feature a curated GIF collection called Stories. The redesigned homepage, which was being teased over the past few weeks, has a line of ‘Trending GIFs’ at the top, followed by shareable Stories curated by the company’s editorial team. The feature, however, has only been rolled out to the web for now, but is expected to hit the mobile app soon. 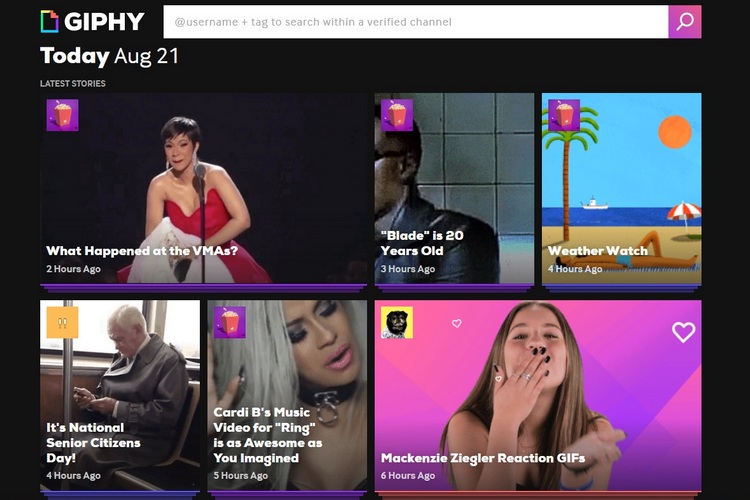 In a press statement, the company’s Director of mobile products, Jillian Fisher, said that the new feature is meant to encapsulate the essence of some of the most remarkable and quirky pop-culture moments of today.

According to her, “We really believe that Giphy Stories can translate today’s pop culture moments into a new and engaging format for entertainment and discovery. That conviction informed the decision to prioritize them front on center on Giphy’s new homepage”.

With the 2018 MTV Video Music Awards (VMAs) having taken place last night, the site’s current homepage is filled with several GIFs that revolve around the event, including speeches, performances and reactions of various celebrities present at the event. Some of the other curated Stories include an all-GIFs recap of ‘The Bachelorette’ season finale, and a collection of ‘The best GIFs for Your Summer Out of Office Emails’.

The company is also promising to introduce a more intuitive interface for finding related GIFs, a real-time trending carousel and “more design features”, all of which will reportedly be rolled out within the first few weeks of the fourth quarter of this year.

You Can Now Send GIFs From Giphy in Instagram Direct

Snapchat and Instagram Remove Giphy Integration Due to Racist Clip