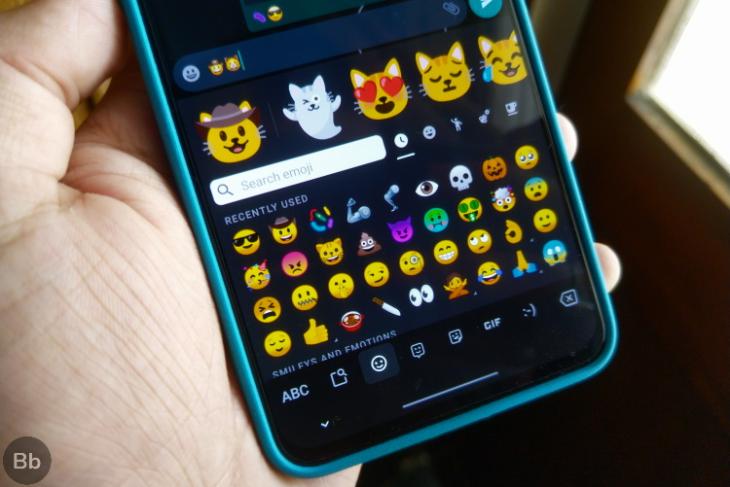 Gboard is probably one of the most used keyboard apps on Android. Plus, if you are someone who uses emojis religiously, you would have stumbled upon the new Emoji Kitchen feature until now. This feature suggests custom stickers based on the emojis you enter in the message box. Now, Google has decided to give this feature a massive boost by allowing you to create custom stickers by typing in an emoji pair.

Earlier, Gboard used to take into account only a single emoji that you had typed. The keyboard will then show you various stickers (merging other emojis with the one you punched in) and some of them were just outright weird. It did not work for all of the emojis but yeah, it did for many.

Well, Gboard is now passing over the baton by allowing you to enter two emojis of your choice to create a custom sticker using those two. For example, I went a little crazy and entered a devil and poop emoji consecutively to create a weird purple smiling poopy devil. Also, I created a chill algae who likes to wear shades to beat the Indian summer.

Here are some of my creations, with the cat detective being the cutest of them all. It’s super fun trying to pair two emojis together to create a third emoji sticker. You do not know what you will end up with until you’ve typed in the two emojis.

There are a lot of combinations to try and you can get some really ridiculous results. It does not matter which emoji you enter first as Gboard will present you with the best possible combination of the two. Also, it is surprising to see the level of detail that the custom stickers to the table.

So yeah, if you thought the ‘Emoji Kitchen’ was fun before, well, you are in for a wild ride with this update. This feature is currently live for Gboard beta users (version 9.9.12) on Android. Let your creativity flow and be ready to laugh as some emoji pairs will turn out to be super hilarious.