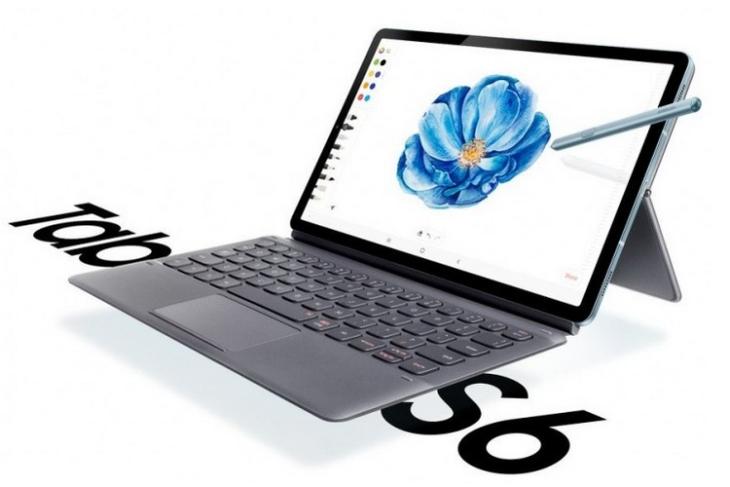 Alongside the Galaxy Note 10, Samsung is also expected to unveil an all-new tablet, the Galaxy Tab 6, at its Unpacked event in New York City on August 7. While much of the device’s key tech specs have been leaked already, a new tweet from tipster Evan Blass (@evleaks) has now also revealed what seems to be a new official render of the upcoming slate.

As can be seen in the image above, the tablet will be offered with a detachable keyboard (most likely optional) that will allow it to be used as a laptop when required. The keypad will be attached to the tablet in landscape mode, but it isn’t immediately clear whether it will use hinges or magnets for the purpose. The keyboard case will also feature a kickstand so that users can adjust the angle of the screen the way they want.

While Blass didn’t reveal any new specs or confirm anything we already know about it from the hardware point of view, earlier leaks had claimed that the device will ship with a 10.5-inch Super AMOLED display, the Snapdragon 855 chipset, dual cameras and a 6,840 mAh battery. It is also said to ditch the 3.5mm audio socket for good.

Previous leaked renders also seemed to suggest that the S Pen will be housed within a groove on the back of the device, making it stick out somewhat from the main body. While that seems weird from a design perspective, it may not be a bad thing, given that it will offer some protection to the camera lenses. The leaks had also suggested that S Pen will be Bluetooth-enabled and, will also support wireless charging.