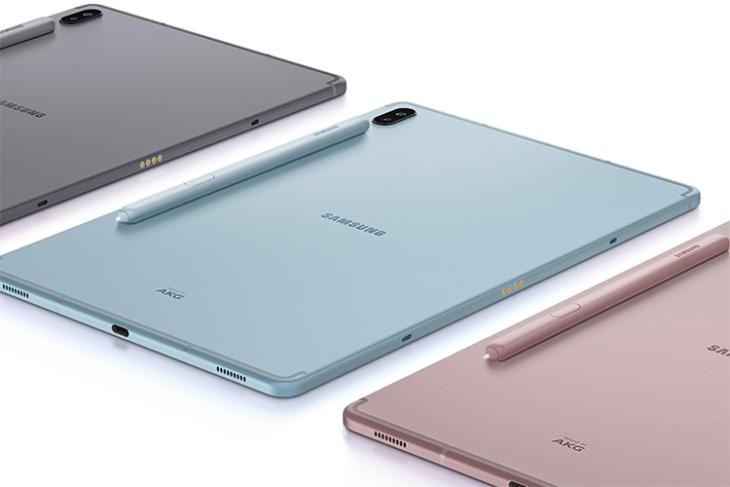 Samsung has today launched its latest tablet offering, the Galaxy Tab S6, ahead of the upcoming and much-awaited Note 10 launch on August 7 in New York.

The tablet, that Samsung is portraying as a “new tablet that allows people to create and connect, enjoy immersive entertainment, and accomplish their goals wherever they go” looks pretty good, and comes with advanced technology, a new S-Pen for an even better stylus experience, and an in-display fingerprint scanner.

The Tab S6 is the first tablet from the South Korean giant to feature a dual rear camera, with a 13MP + 5MP camera set-up on the back, along with an 8MP selfie shooter on the front. It also comes with a ‘7nm octa-core chipset’ which means it’s the Snapdragon 855 powering the tablet, so that’s great.

Paired with the processor is 6/8GB RAM and 128/256GB storage, and a 7,040mAh battery powering it all up. That battery sounds like a necessity when you consider that the Tab S6 comes with a 10.5-inch WQXGA SuperAMOLED display.

The S-Pen now magnetically attaches to the Tab S6, thanks to an indent on the back, and it also supports wireless charging, so you can just attach the S-Pen to the Tab S6 and it’ll begin charging, providing you with 10 hours of S-Pen usage with just 10 minutes of charging. The S-Pen also supports 4,096 pressure levels, so you can use it for sketching and drawing with ease.

Samsung hasn’t announced the pricing for the Galaxy Tab S6, but it will be available in select markets starting late August in three colours: Mountain Gray, Cloud Blue and Rose Blush.