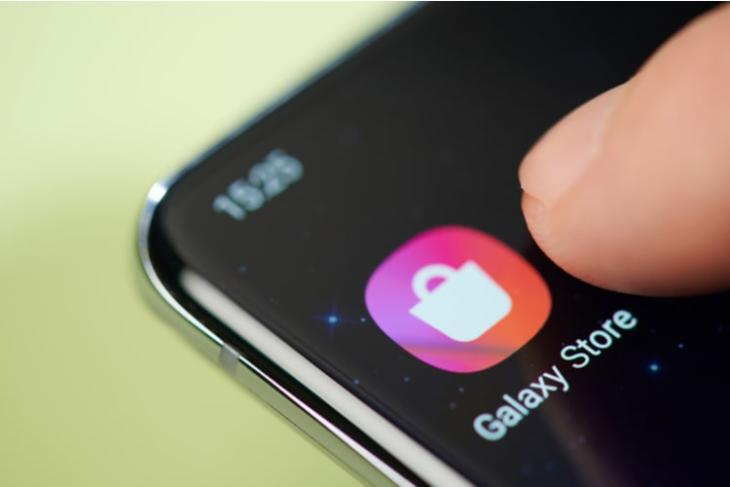 Apart from Google’s Play Store, which is home to hundreds of thousands of Android apps, there are several other third-party app stores where users can find Android apps and Samsung’s Galaxy Store is one such place. Although it isn’t as popular as Google’s app store and a recent report gives us further reasons to not like it. It is revealed that the Galaxy Store is currently hosting and distributing various apps that may be able to infect a user’s device with malware.

The report comes from Android Police’s Max Weinbach, who recently took to Twitter to share his experience of downloading Showbox-based apps from the Galaxy Store. Weinbach suggested that upon downloading the apps, a Google’s Play Protect warning is triggered, hinting that they may infect users’ devices with malware.

Following the discovery, the Galaxy Store apps in question were further investigated on Virustotal. An analysis of the suspected apps’ APKs revealed several low-grade alerts such as riskware, adware, and more. Furthermore, the analysis found that some of the apps also ask for unnecessary permissions, including, access to call logs, contact, and phone functionality.

The Galaxy Store apps were further investigated by an Android security analyst known as linuxct and it was revealed that the apps contain ad tech that is capable of dynamic code execution. This means that although the apps may not come infected with malware, they can download and execute other code that could include malware-laden programs on users’ devices.

It is further revealed that these apps are clones of the ShowBox app and can thus, spread pirated content to users. The app’s subreddit backs this up and states that it has been in a non-operating state for the past two years and other Showbox apps that can be found on digital markets are “fakes.” One thing to note is that these apps aren’t found on the Google Play Store.

Hence, it gets imperative for users to refrain from downloading these apps from the Galaxy Store to protect their privacy. Samsung is yet to comment on this situation and find a possible solution to this. We will keep you posted on this, so, stay tuned. Meanwhile, try downloading apps from the more reliable Google Play Store!

Samsung is Bringing Progressive Web Apps to the Galaxy Store