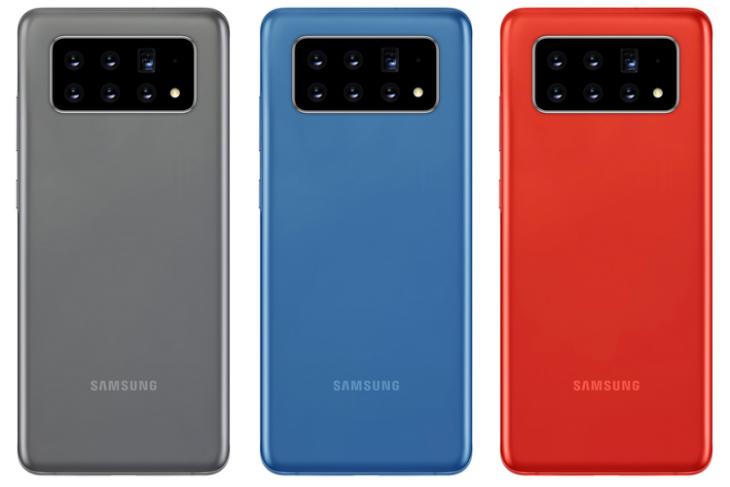 Samsung had patented an “Apparatus and method for operating multiple cameras for digital photography” in December 2019. Published last week, the patent reveals a rear camera setup with six camera sensors and an LED flash.

The patent was spotted by LetsGoDigital, which also rendered some images for a better idea of what to expect. Out of the six cameras, five of them are wide-angle lenses with 28mm focal length and one is a telephoto.

The setup is apparently using tilting image sensors, which could potentially enhance the overall camera experience. The noteworthy aspect here is that the sensors can be tilted individually. This would help users capture interesting perspectives.

As LetsGoDigital points out, these lenses could be used for achieving bokeh effect in panorama shots and better HDR images. While the concept sounds appealing, it would result in extra room for camera sensors in smartphones, a compromise most smartphone makers are willing to make.

The patent also explores an option to temporarily pop out sensors from the phones for a better field of view. The durability and practicality of the pop-out mechanism is yet to be proven.

It is quite early to speculate if Samsung’s next Galaxy S30 flagship would flaunt six cameras. However, as this patent hints, Samsung is indeed considering six rear cameras as a viable option.

If Samsung has plans to proceed with six cameras, we might be knowing it through leaks and hence, stay tuned for that. So, do you expect Samsung to use six cameras at the rear in the next Samsung flagship if it means better image quality? Share your thoughts with us in the comments.