The Galaxy Note 9 has shaped up to best flagship Galaxy-branded offering from Samsung to date, checking all of the right boxes on the hardware, as well as the performance front. While Samsung does bring along a bigger battery and new connected S-Pen in tow, we’re here to talk about the expansion of AI features in the device’s camera.

If you talk about hardware, the Galaxy Note 9 (Rs 67,900) has essentially copy-pasted its dual rear-camera setup from the Galaxy S9 Plus. It sports a 12MP primary sensor with dual apertures of f/1.5 and f/2.4 and a secondary 12 MP f/2.4 telephoto lens. This, however, has now been topped with 2 new AI-powered features – Scene Optimizer and Flaw Detection.

The Galaxy Note 9’s Scene Optimizer can recognize up to 20 different types of scenes to adjust the saturation, contrast, white balance, and more to make the photos look great. So, we decided to pit the Galaxy S9 Plus and Galaxy Note 9 against one another. Here’s our quick comparison between the two devices.

Galaxy S9 Plus vs Galaxy Note 9

Without wasting any more time, let me tell you that scene optimizer generally works in favor of the Galaxy Note 9 as it makes the photos look more vibrant and Instagram-ready. The camera is definitely quick in recognizing objects, like food or nature, so you simply need to point your camera at them and click photos instantly.

As you can see below, the photo on the left features good color reproduction and detail but it pales in comparison to the one of the right when you judge them from the perspective of an average user. You can obviously tell that the photo on the right has AI working in the background, which recognized the plant and punched up the green color, which makes it pop and gives it more depth. We can even notice the ridges of the leaves better in the second photo. 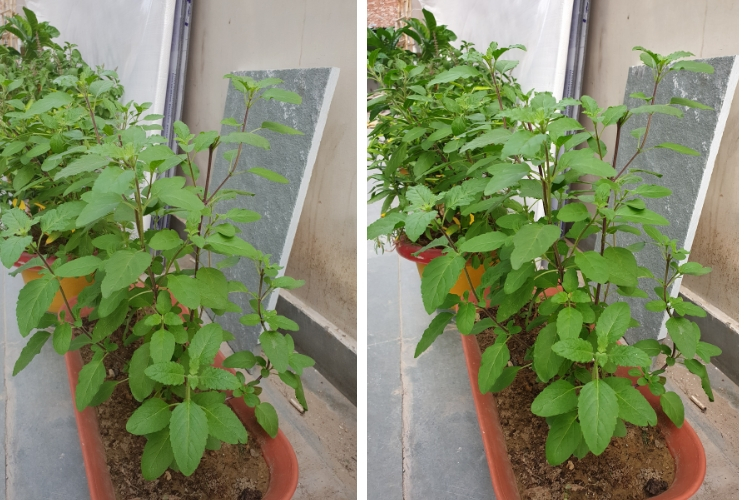 Moving to a human subject, for which I called our videographer Sharun Mittal for help, we notice a slight difference in results when compared to before. Here the photo on the right looks more saturated (take a look at the red t-shirt) and the details of the face cannot be clearly seen. This photo is soft when compared to the one on the right, which uses Galaxy Note 9’s Scene Optimizer to better handle colors and retain details (even with the use of flaw detection) as compared to the Galaxy S9 Plus. 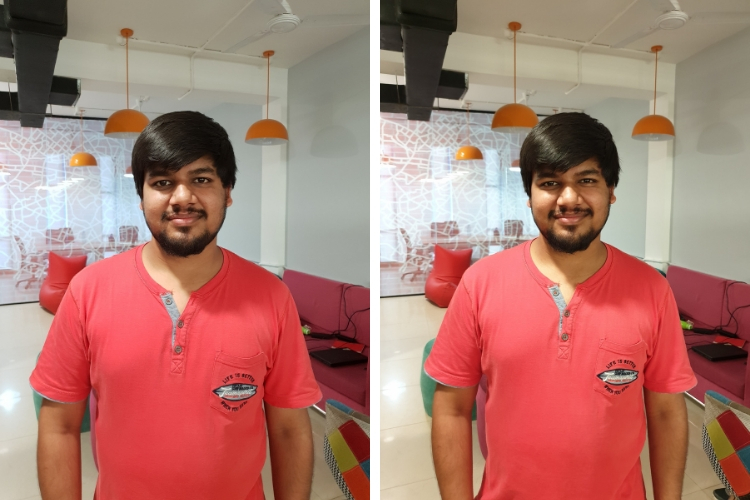 You can check out the rest of its comparisons, which show off some noticeable difference, between the Galaxy S9 (left) and Galaxy Note 9 (right) via this gallery right here:

In addition to pitting the Galaxy Note 9’s camera capabilities against the Galaxy S9 Plus, we also decided to test out whether there’s a significant difference in photo quality when Scene Optimizer (or AI) in the camera app was on and toggled off.

As you can see in the samples attached below, non-AI (on the left) and AI (on the right), the difference between the scene optimized photo and the one that’s not is obvious. This new AI feature sure makes a difference and is easily noticeable in landscape and portrait photos.

Here the image of the left was clicked with the scene optimizer turned off and that’s very visible as the leaves and the sky appear quite dull, with the shadows and highlights quite distinct. The Galaxy Note 9 has, however, applied its AI camera feature in the image on the right and the leaves, as well as the sky, look quite saturated (the green and blue colors pop) but the shadows are no longer visible clearly. 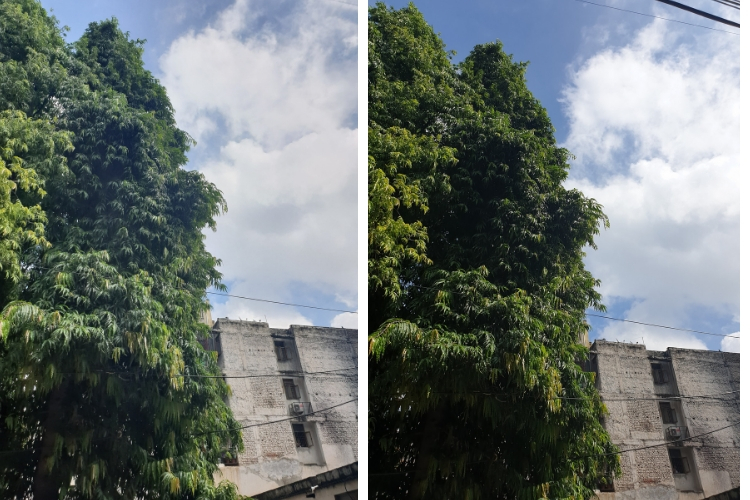 Just like we saw on the Galaxy S9 Plus, the obversation with human portraits is quite the same but the two images differ in color temperatures — cooler on the left and warmer on the right. The non-AI photo on the left is less-saturated but lacks detail, whereas the AI-backed photo on the right handles color better and captures details better. 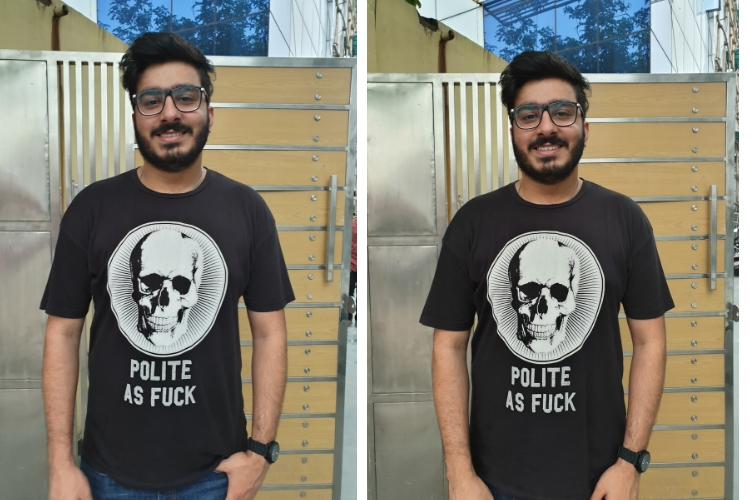 The screen optimizer does work work its magic on recognizing objects, but it is difficult to pin-point differences between photos in some scenarios – which isn’t the case with all the comparisons with the Galaxy S9 Plus. Here are some more AI vs non-AI comparison photo samples, showcasing nature, indoor space, portraits, animals, and more:

As you may have already observed, Galaxy Note 9’s AI-backed Scene Optimizer camera feature certainly works and is going to help users click better pictures. Though the Scene Optimizer often overblows the colors, making the photo look too saturated (especially in nature or landscape shots) but it handles other scenarios much better.

Thus, we can merrily conclude that the Galaxy Note 9’s AI feature make a difference and will help you click better, Instagram-worthy pictures than the Galaxy S9 Plus – which is a definitive upgrade but doesn’t demand spending an exuberant $1000. What do you think about the Galaxy Note 9’s camera capabilities? Let us know in the comments below.