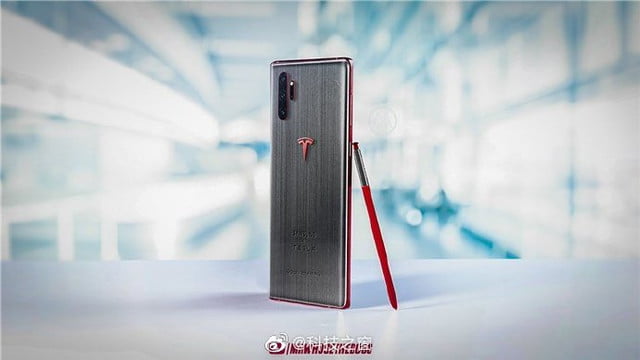 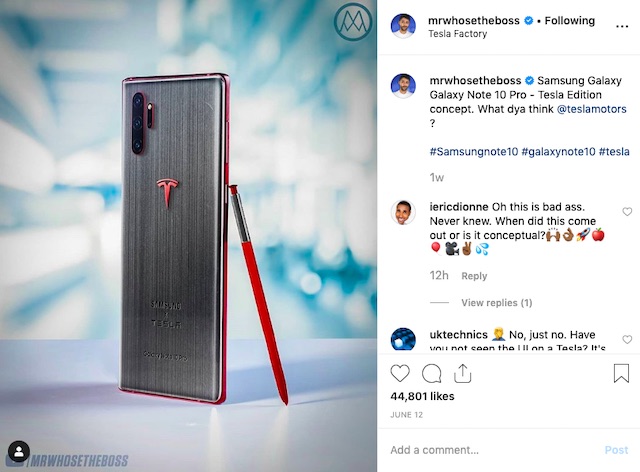 Samsung and Tesla partnering for a Tesla Edition Note 10 does seem enticing to be honest, and I have to give it to Arun, the render actually looks pretty cool. Plus, the Weibo post’s description said, “After Huawei Porsche and OPPO Lamborghini, Samsung will push the Tesla version of the phone! At present, the special version of Samsung’s new Galaxy Note 10 is exposed. This is the joint version of Tesla. The whole body is mainly gray, supplemented by red color scheme. There is a unique Tesla logo on the back of the phone, and there are joint information below.”

So, this is what led many people to believe that a Galaxy Note 10 Tesla Edition might actually be real. However, that wasn’t to be. Having said that, we wouldn’t mind if Samsung went ahead and actually made this real. What do you think?