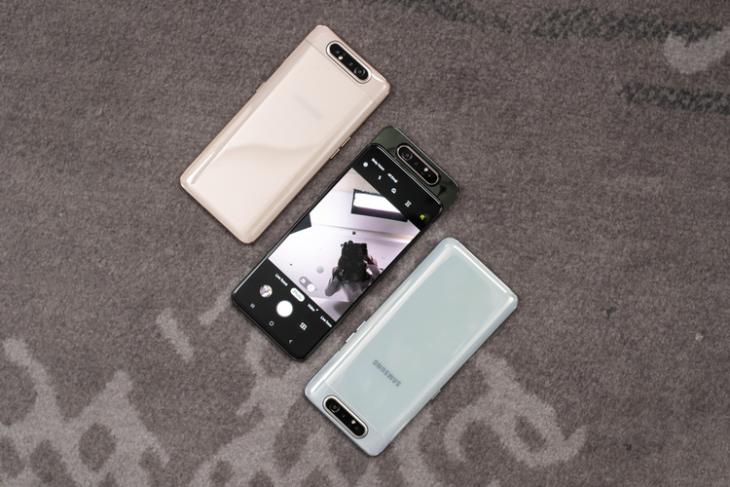 Samsung is reportedly all set to launch its next Galaxy A-series smartphone in India this month. According to IANS, which recently spoke to Yeon Jeong Kim, head of innovation and product planning group at Samsung Electronics, the Galaxy A80 will be available for purchase in the country from later this month, although, the exact launch date remains a mystery for now.

The Galaxy A80 is one of the more premium smartphones in Samsung’s first-gen Galaxy A lineup, featuring a 6.7-inch Full HD+ Infinity-U Super AMOLED display, a Snapdragon 730G processor, a 3700mAh battery with support for 25W fast-charging and Android 9 Pie out-of-the-box. However, the USP of the phone is its rotating triple camera setup that can be used as both the rear-facing primary camera, as well as the front-facing selfie-cam.