Skip to content
Home Mobile Android Samsung Galaxy A7 (2018): What’s In the Box?

Samsung recently launched its all new Galaxy A7 (2018) in India, adding on to its range of premium mid-range devices. The smartphone, which is priced starting at Rs. 23,990, packs in the company’s first triple rear camera setup – with some cool software features – on a smartphone. We’ve finally got our hands on the device and here’s all that you will find inside the box of the new Galaxy A7.

The new Samsung Galaxy A7 comes in a not-so-special white box that Samsung has been using for most (if not all) of its non-flagship smartphones. We received the black variant of the device which comes in the standard white box with A7 Triple Camera emblazoned on the face in bold letters. The box has an indicative triple camera module illustrated on the top right corner of the front, with more details about the device listed on the back. 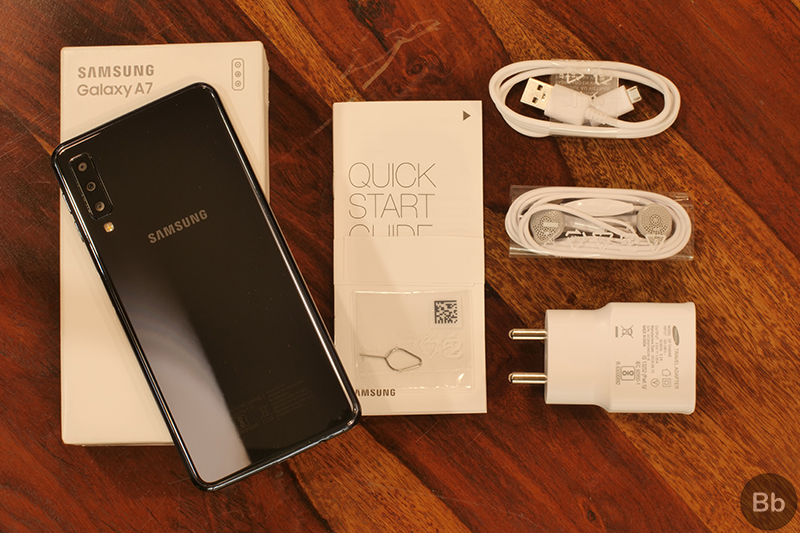 Inside the box you’ll find the following items:

Other than the flimsy pair of earphones included in the box, the package contents are more or less pretty standard compared to other mid-range devices. There’s a charging brick, albeit one that doesn’t support fast charging, a USB Type-A to microUSB cable, a SIM ejector tool and all the ‘useful’ paperwork. Samsung hasn’t included a case in the box, which is a growing trend among smartphone manufacturers these days, even though the device could’ve really done with one since it has a glass back. 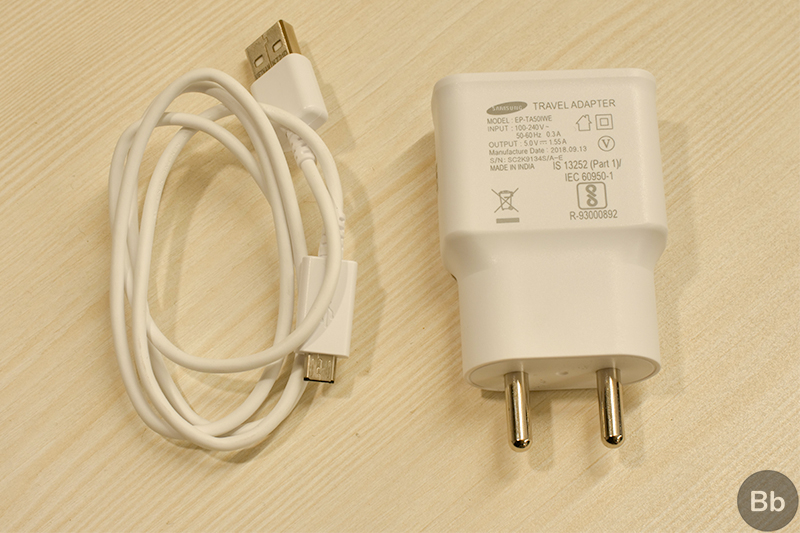 I tried out the included pair of earphones and they weren’t anything special. There’s a high chance that most buyers would already have their favorite pair ready for the new device, but they’re a decent fallback option in case your primary earphones malfunction. 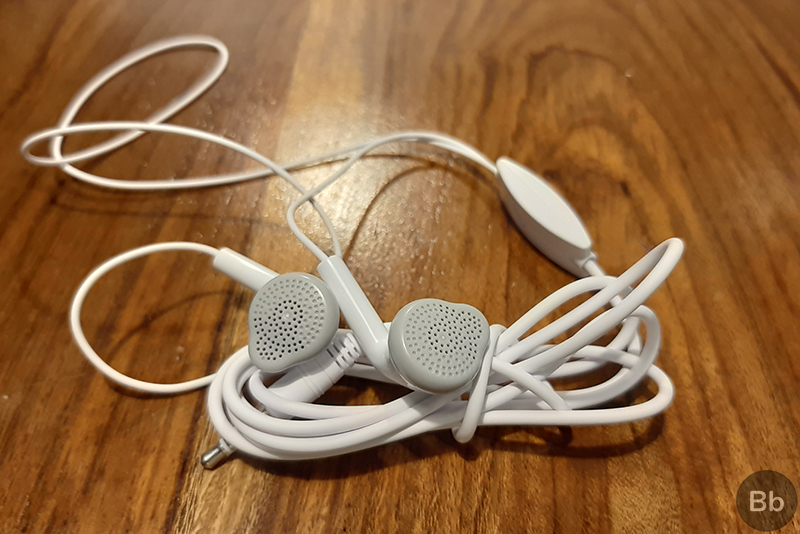 Well, what do you think of the Galaxy A7’s retail package and its contents? Do you agree that the company should’ve included at least a clear case in the box? Share your thoughts in the comments section below.