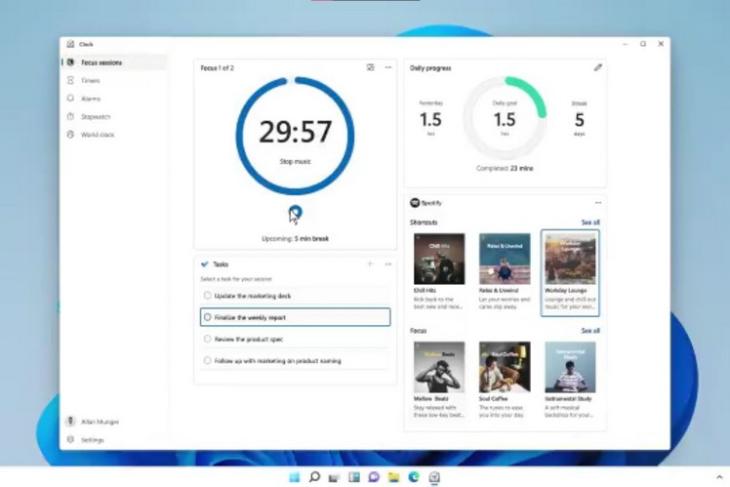 While Microsoft is testing Windows 11 with Dev and Beta Insiders, the company is also teasing other new features coming to its next-gen desktop OS. We have already seen an array of new features, including Android app support in Microsoft Store and screen-on time settings, in Windows 11. Today, Microsoft has shown off a new “Focus Sessions” feature that lets users focus on a particular task.

What is Focus Sessions in Windows 11?

The Focus Session feature was teased by Microsoft’s Chief Product Officer Panos Panay in a tweet. Panay shared a short video to showcase the said feature. You can check out the tweet right below.

Another first look from the team…#FocusSessions on #Windows11 coming soon. This has been a game-changer for me, especially with @Spotify integration #Productivity #Creativity #WindowsInsiders pic.twitter.com/HfJh4niDiS

Now, going by the teaser, the feature seems to be related to the To-Do integration in Windows. It essentially means that users will be able to pick a task from their To-Do list in Windows 11, set a timer for the selected task, and solely work on it until it is completed. The Pomodoro clock for time management is a neat addition to Focus Session.

Moreover, the Focus Session feature comes with Spotify integration, as per Panay. As a result, users will be able to listen to their favorite tracks on Spotify while they work to complete their tasks on a deadline. 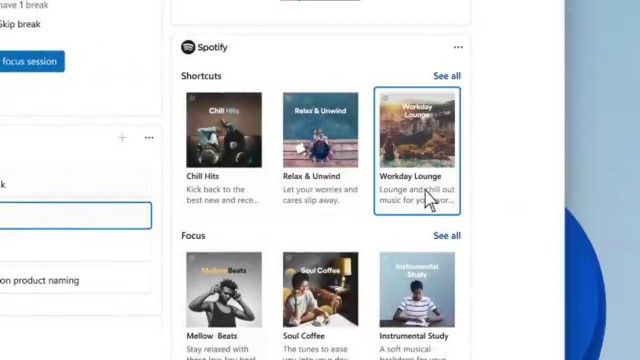 Furthermore, there will be a dedicated dashboard to display statistics of your Focus Sessions. These include a dashboard to show the progress of users’ tasks as well as goals and another one to show how many breaks a user has taken during their sessions.

Apart from the above details, we don’t know much about the upcoming Focus Sessions feature at the moment. As for availability, Microsoft’s Senior Program Manager Brandon LeBlanc confirmed that it will soon come to Windows Insiders, presumably on the Dev channel.

However, as per XDA Developers, Microsoft will probably hold off these recently teased features for a future Windows 11 update. They won’t ship with the public build that is rumored to release sometime during October.

Meanwhile, Microsoft recently released the first beta of Windows 11 for Insiders. So, if you want to try out the upcoming Windows version before it releases for the masses, check our guide on how to install Windows 11 beta on your PC right now.

How to Disable Weather Widget on Windows 11 Taskbar