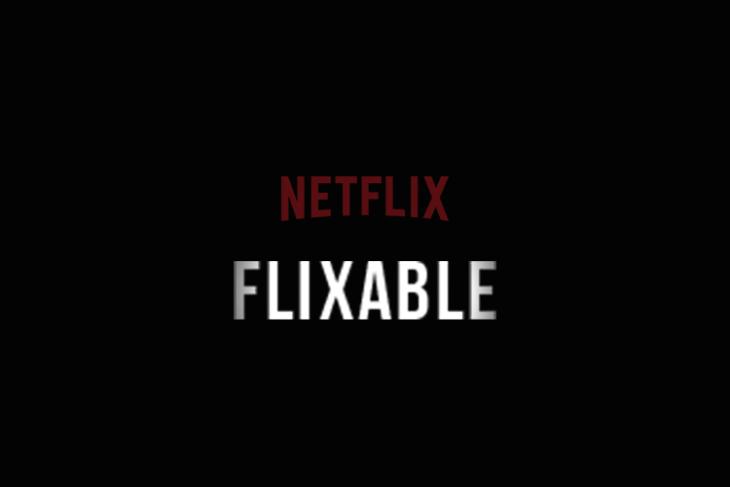 You know, Netflix is pretty much the go-to website for all of us looking to binge watch an old favorite, or get overly attached to even more fictional characters (even if the company does creep us out at times. And then some). However, as amazing as Netflix’s catalog is, and as well optimized as its streaming algorithm is, for some reason the website’s search pretty much sucks.

It’s not even like the company doesn’t have engineers who can handle building an awesome way to search; after all, they do have a really amazing streaming server handling all the traffic. Mostly, I think the Netflix search sucks so much because of improperly thought out UX.

Fortunately for all of us, there’s a website that can help us find new things to watch on Netflix in a much more ‘easy to digest’ format.

Flixable — as the website is called — has been developed by Ville Salminen as a solution to the problem faced by millions of Netflix users every day. Salminen was trying to help his parents learn how to navigate the Netflix website when he stumbled upon a post on Reddit with users complaining about how bad the Netflix search was.

So he set out to do what most of us wouldn’t — create his very own searchable database of everything that’s on Netflix and everything that’s coming to the platform. Even though the entire project took him a couple of weeks to complete, Salminen mentions that at times the project was extremely strenuous; even with his experience with building databases.

“The biggest challenge in the project was to remember everything,” he said, speaking about Flixable. “I had the whole project in mind without any written plans, and handling everything from country-specific metadata to presenting that data in an adequate way wasn’t always so straightforward. I was so eager to see the results that I kept coding sequestered in our apartment, unable to sit down.”

Salminen’s hard work paid off, he has received hundreds of emails from Flixable users, thanking him for his work, or asking him for more features. Hulu has also approached Salminen to create a similar website for their streaming service.

Clearly, Salminen struck oil with his move. His newly created website is being visited by a huge number of users looking for an alternative interface to Netflix’s search system. He also said that he’d love to work with the amazing coders at Netflix. “I’d really like to cooperate with Netflix somehow since Netflix is the reason why I left my earlier life as a researcher studying the history of psychosurgery and immersed myself in computer science,” he said.