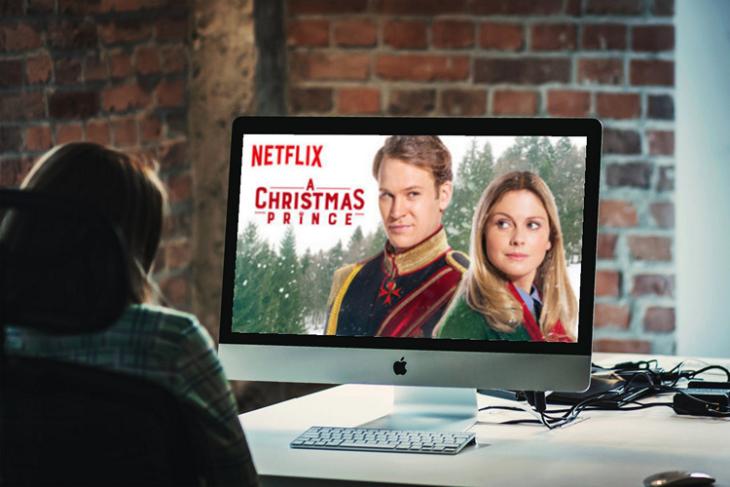 You don’t have to be a paranoid conspiracy theorist to know that the apps and web services we’re using on a daily basis are tracking our every move 24×7. While ‘smart’ devices have made our lives infinitely easier, privacy has been a major casualty. However, even though we know how these things work, certain revelations still manage to touch a nerve from time to time. One of Netflix’s recent tweets is one such instance where the company seemingly disclosed a bit too much about the viewing habits of some of its subscribers, earning the wrath of some observers.

In an attempt at humor that didn’t quite hit the spot for many, Netflix last Sunday sent out a tweet about some of its subscribers binge watching the heavily promoted holiday movie ‘A Christmas Prince’. While there were many who found the tweet funny, others were not so sure. Some even went to the extent of calling it ‘creepy’ and lambasted the company for its supposed insensitivity. In case you’re wondering, the tweet seemingly made fun of 53 people who apparently watched the aforementioned movie ‘every day’ for 18 days at a stretch.

To the 53 people who've watched A Christmas Prince every day for the past 18 days: Who hurt you?

Yes, it is weird for anyone to watch the same movie every day for 18 days, but whether it deserves to be disclosed to the entire world remains questionable. Thankfully, though, the identities of the 53 remain undisclosed, but that begs the question as to whether Netflix employees have access to data that can personally identify their subscribers, or if the company only collects numbers for analytics purposes with no personally identifiable info.

Irrespective of the answer to that question, some are accusing Netflix of ‘bullying’ for deriding viewers who simply cannot get enough of a feel-good, family-oriented holiday movie in these times when dark, cynical entertainment rules the roost. Either way, Netflix has refused to delete the tweet which had well over 100,000 retweets and over 400,000 ‘likes’ at press time.