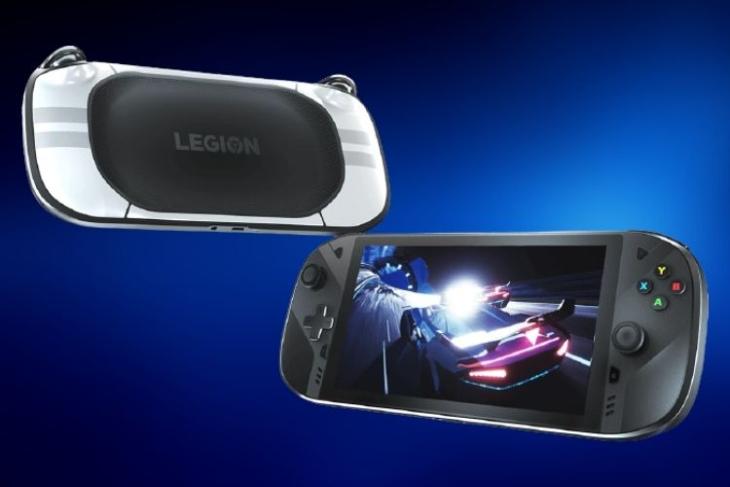 With the growing demand for handheld gaming consoles like the Nintendo Switch, we have seen a few advanced portable gaming consoles launch this year. Nintendo launched its much-awaited Switch OLED, following which Steam jumped on the bandwagon with the launch of the Steam Deck portable console. Now, it seems like Lenovo also has plans to launch a portable Android-based gaming console, dubbed as the Lenovo Legion Play, in the market.

A user recently spotted a few images of a Lenovo-branded handheld gaming console on GBA Temp after searching for “Lenovo Handheld” on Google. Upon further investigation, it was discovered that Lenovo Germany and Japan uploaded the images of the console on their MWC 2021 webpages with the Lenovo Legion Play moniker. So, this means that the company had plans to launch the device earlier this year. However, it was presumably canceled for unknown reasons.

Nonetheless, going by the images, the Lenovo Legion Play looks pretty complete and market-ready. It has a traditional console-like design with the display in the middle and the control buttons and joysticks on either side. There are the usual ABXY buttons, the right analog stick, and a few control buttons on the right, and a D-pad, the left analog stick on the left.

As per the description on Lenovo’s web pages, the Legion Play console boasts a 7-inch Full-HD display with a 16:9 aspect ratio and HDR10 support. It also packs a 7,000mAh battery, although there is no information about the processor or any other internal specs. Other than this, the device also features a USB-C port, a 3.5mm audio jack, and a concave back design for easy-grip, as per the images.

Coming to the software, the Lenovo Legion Play looks to be running a custom Android-based skin. There are icons for Nvidia GeForce Play, the Google Play Store, and other system apps. We can also see some glyphs for Wi-Fi, Bluetooth, and signal strength bars at the top right corner. So, this could mean that the console might come with cellular support.

As for availability and the pricing of the device, Lenovo wrote that the Lenovo Legion Play is “coming to select markets.” However, the company has not yet made a public announcement or even teased the device anywhere.