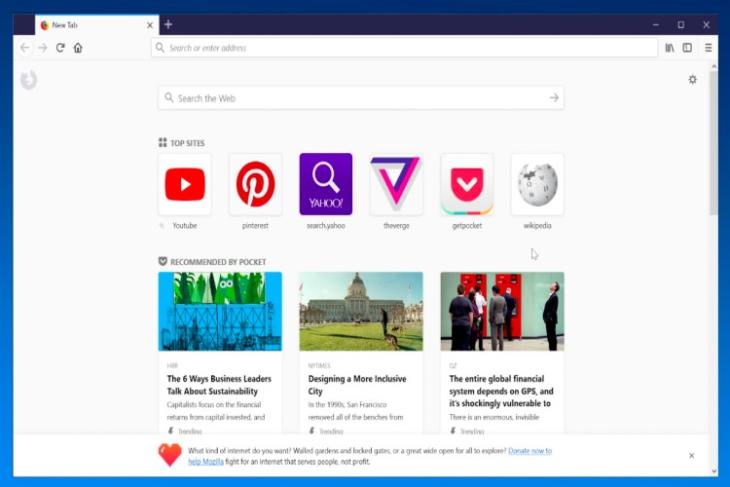 As Chrome continues to reign the browser ecosystem, Mozilla is now planning to make a grand return with the release of its blazing fast Firefox Quantum browser. The non-profit has been working on this redesigned browser, which has been built from the ground up, from the past couple years. It is blazing fast, even better than its competitors, and tests also prove the same.

As you can see in the chart attached below, Mozilla tested the memory usage of its latest Quantum browser against all major browsers available in the market. But specifically, it is gunning after its arch-nemesis Chrome and crushing it in the memory department on popular operating systems like Windows 10, macOS, and Linux. 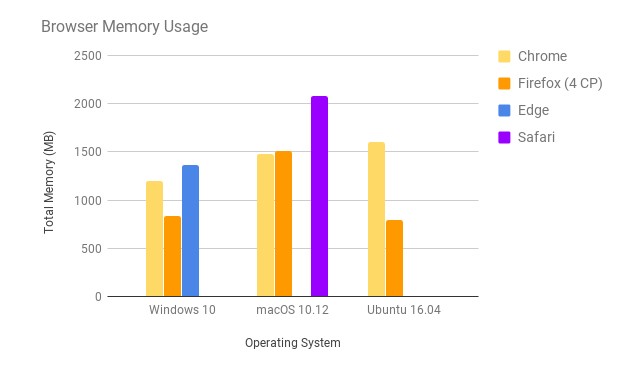 Firefox Quantum (version 57) brings along multi-process functionality, which is common among other major browsers, to the table. It was previously using a single process, pushing all the workload on that one process but it has now upgraded to multi-process to fiercely compete against its competitors.

Mozilla is further boasting of the speed of its Firefox Quantum browser, which has been made possible due to a powerful new CSS engine called Stylo. It has been written in the company’s Rust programming language and it makes the browser capable of taking advantage of today’s multi-core hardware. Firefox Quantum will now prioritize tabs, optimizing the browser for low-power consumption.

Now, that most of us are rocking multi-core computer systems, it’ll be much easier for the Quantum browser to handle the workloads as compared to other browsers. The tests have concluded that the Firefox Quantum browser is nearly 30 percent less hungry for RAM usage when compared to Chrome, which is enough to prove our point. Even the Twitterati agrees with us:

Surprised by the speed increase in this update along with other features. Well done Firefox! #FirefoxQuantum https://t.co/Kv9oJIspZN

Bravo! Have been using Firefox Quantum in Beta for quite some time, and if you haven't tried @firefox in a while, this is the release to get back to it! https://t.co/diKZB1KWFV

This is the perfect reason to give Firefox Quantum browser a swirl and get the feeling of smooth browsing back. Mozilla has even updated the user experience with its Photon UI project, which aimed to take advantage of the new engine to make the front-end smooth and super fast. What are your thoughts on Firefox Quantum? Let us know in the comments down below.

Get Firefox from Mozilla here.