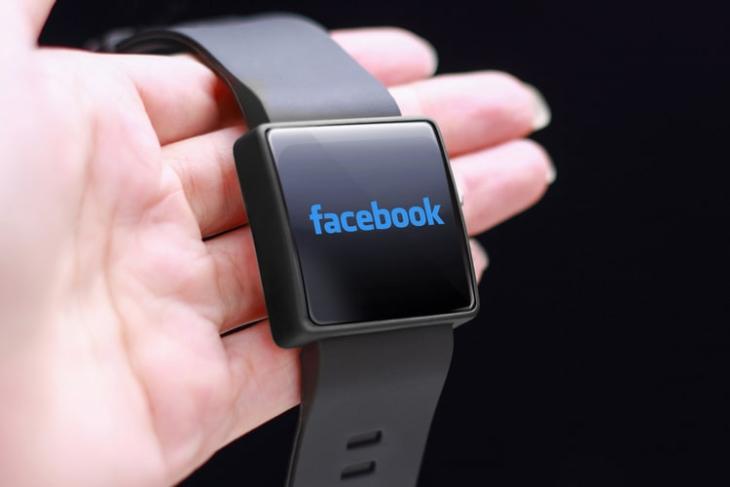 With a primary aim to eventually dethrone Apple from leading the smartwatch segment, Facebook is planning to develop a new smartwatch with dual cameras. The social media giant is planning to unveil the device next summer, as per sources involved in the project. Facebook is also aiming to make the device independent so that users can use it without their smartphones.

The report comes from The Verge as it recently interacted with individuals who are working on the project. So, as per the report, the Facebook smartwatch will feature two cameras and the display module will be able to detach from the band to let people capture images and videos on the go.

There will be a camera sensor at the front that will be primarily used for video calls. The primary camera with auto-focus support will be at the back of the module and will allow users to capture high-res pictures and videos without their smartphones.

Moreover, as per the report, Facebook is encouraging third-party manufacturers to develop accessories for the device to let users attach it to their clothes or backpacks.

The social media giant is reportedly working with some of the top wireless carriers in the US to enable LTE support for its upcoming smartwatch. This way, users will be able to use the Facebook smartwatch without keeping it paired with their smartphones.

Now, as I mentioned above, with the launch of the upcoming smartwatch, Facebook aims to lock horns with Apple in terms of smartwatch sales. Initially, however, the company hopes to sell volume in the low six figures, which is like a tiny part when compared to Apple’s market share in the said segment.

Nonetheless, going forward, Facebook says that the future versions of its smartwatch will play a key role in its AR/ VR ecosystem. As per the company, users will be able to use the smartwatch as a primary input device for the company’s augmented reality headsets.

According to The Verge, Facebook will be launching the device sometime during the summer of 2022 and it will come in three color options – Black, Gold, and White. This falls in line with previous reports, which stated that Facebook is aiming to launch a smartwatch next summer.

Although earlier reports claimed that it will be a fitness-focused watch, I do not think they will be able to fit a lot of sensors along with a dual-camera setup on such a compact device as a smartwatch. However, we will know more about the device as we near its potential launch next year. So stay tuned for more updates on this story.