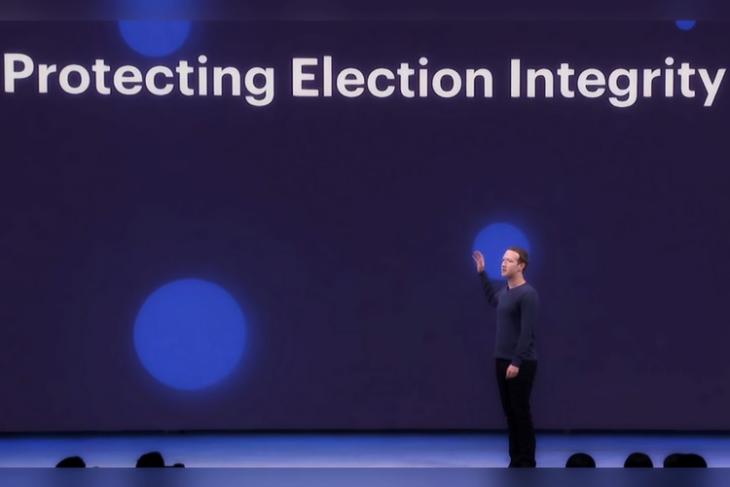 In his keynote speech at the F8 2018 developer conference, Mark Zuckerberg talked extensively about issues like data security, fake news, and privacy, aside from announcing new products. The Facebook chief laid special emphasis on elections, transparency in political advertising and how the social media platform can play a major role in influencing the mass opinion.

Zuckerberg mentioned that protecting the integrity of elections is incredibly important for Facebook, which is why the company is implementing certain measures to make sure that meddling in elections is kept in check by making the ads more transparent and bringing in more people to review such content.

“We’re making ads more transparent. So now you’re able to see who is running a political ad, who they are targeting and how much they are spending. And most importantly, what other messages they are sending to different people. That is a higher standard of transparency than TV ads, print ads or anything else you’ll find on the internet”, Zuckerberg said. Facebook did a pilot test in Canada last year, which allowed users to check details of a political ad such as the person/company behind the ad campaign, their target demographic, etc. These measures will soon be rolled out on a wider scale so that users can discern which political ads are worth their attention and those that are shady.

Zuckerberg also mentioned that by the end of 2018, the company will have a team of over 20,000 people who will review content and work on security. He further revealed that Facebook has also created an independent research commission to collaborate with academics and researchers to check the progress and also improve its methods. However, the high cost of hiring so many people will cause the company to lose a significant amount of money.

Facebook’s Chief Security Officer, Alex Stamos, added that the company will launch a portal that will archive all political ads, including the original content and details like financing, target audience, and other metadata, in order to boost transparency. Zuckerberg also expressed similar ideas, pointing that 2018 is an important year as the US House of Representatives elections will be held in November, alongside elections in different countries across the world.